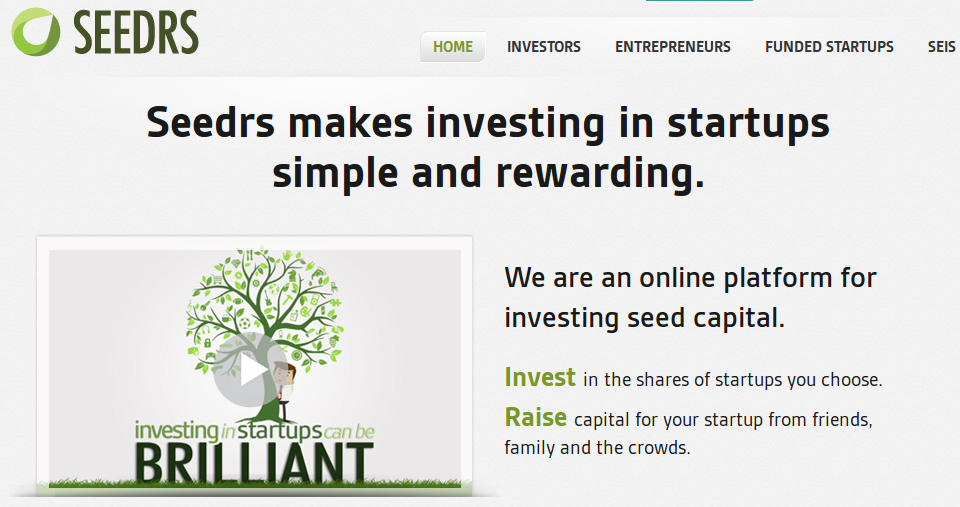 If the premise of equity-based crowdfunding is to enable a greater range of individuals to take a punt on a startup, while oiling the wheels of investment overall, then a natural evolution of the model would be to enable would-be investors to place bets on a group of promising startups in one pool. In what it claims is a first for the equity-based crowdfunding industry, the UK’s Seedrs.com has done just that by offering investors the chance to take a stake in ten companies with a single investment via a partnership with WebStartBristol.com, a soon-to-launch startup incubator based in Bristol, UK.

Interestingly, however, they won’t know who those ten startups are, since they’ve yet to be selected for participation in WebStart, which doesn’t open till January next year. Like similar incubator/accelerators, the programme will see the chosen companies put through a 10-week bootcamp involving mentoring in areas such as product development, finance and marketing, along with providing co-working space and other support, cumulating in a final demo day in front of potential further investors. In that sense, what Seedrs is offering is the chance to crowd invest into a “fund” unpinned by WebStart Bristol.

In total, the fund is looking to raise £150,000 in return for ten percent of equity in each of the ten startups. At an average of £15,000 a pop, that works out pretty generously compared to other fundraising campaigns on Seedrs and isn’t a million miles away from most European accelerators who tend to offer the same sort of money per startup for around six to ten percent equity. The fact that investors are essentially being asked to invest blind, however, trusting the selection process of WebStart Bristol, makes this an especially interesting development — though, again, this doesn’t deviate from the usual accelerator play, aside from how the money is being raised.

It could, in fact, even be seen as diversifying the risk of backing idea/early-stage startups via equity-based crowdfunding, as Seedrs is claiming. In addition, Seedrs is keen to point out that investors in the WebStart Bristol fund will be able to access the UK Government’s Seed Enterprise Investment Scheme (SEIS) which gives tax-relief on investments.

Cue a statement from Jeff Lynn, CEO of Seedrs, who said: “We set out to be a new kind of financial services firm that makes investing in startups simple and rewarding. Setting up this fund complements that by making it much easier for people to diversify their investments and show their support for the thriving tech ecosystem that has emerged in Bristol over the last several years.” Lynn also says that WebStart is likely to be the first of a number of funds run by the equity-based crowdfunding site.

Finally, it’s good to see WebStart cropping up to support Bristol, as the centre of gravity in the UK continues to be drawn to London. Perhaps equity-based crowdfunding will in future offer another avenue for startup bootcamps to run outside the UK capital city or in other smaller tech hubs in Europe that don’t have the same draw as the major tech cities, especially as these more regional offerings have tended to rely quite heavily on state funding through various EU-funded regeneration schemes.