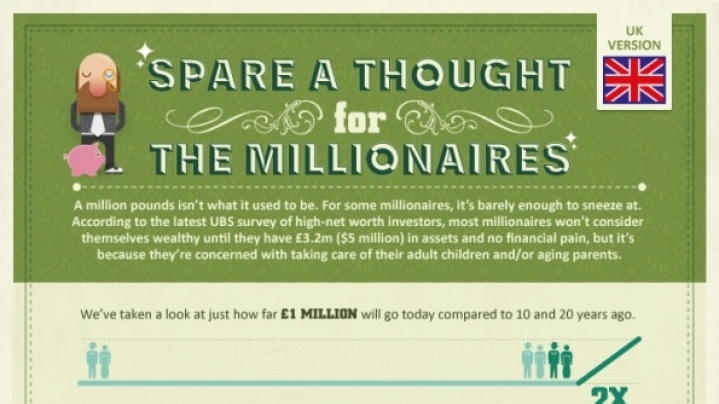 Spare a Thought for Millionaires

Have you got a spare million pounds lying around? Perhaps not. But even if you answered yes to that, you may be surprised to find that it might not go as far as you thought it would.

Having a million pounds has always been a magic sum of money that allows you to join that most exclusive of clubs. But things are not all rosy for millionaires these days.

For example, a millionaire would not be able to pay a Barcelona football player’s wages for as many weeks as they could have done a few decades ago. And the amount of homes they can buy has dropped considerably.

In fact, there are many ways in which a million pounds is just not what it used to be. So if you are disappointed by not being one of the 18,000 people who earn a million or more a year, or you don’t belong to the one-in-10 households that now have assets of a million or more, don’t worry too much about it.

Do you want to know exactly how bad things are looking for the nation’s millionaires? Then check out the following infographic to find out just how much better things used to be.