The Indian consumer attitudes toward environment friendly products are changing. The general notion that regular people in India aren’t looking for a climate-friendly lifestyle is a myth. On the contrary, India´s burgeoning middle class is on the lookout for such products.

A Mahindra Group commissioned pan-India survey in 2019 – set to be published later in 2020 – showed that four out of five Indians are mindful of their impact on nature and climate change, while 83% expressed ‘interest’ in making lifestyle choices like carpooling, using public transport, or EVs.

However, who would buy an EV when fast and stylish petrol vehicles are available?

Keeping this in mind, Indian EV scooter startup, Ather Energy, has created an environment friendly scooter that is hard to resist. Tarun Mehta, Co-Founder and CEO of Ather Energy, told The Tech Panda that they don’t appeal only to environment conscious people. 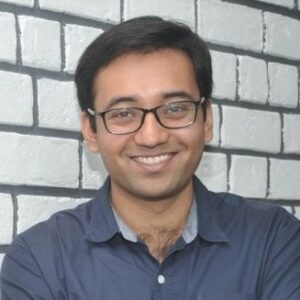 People won’t buy electric for the sake of electric. People would buy a better product. If a technology is real, it has to deliver more value to the consumer

“What I strongly believe is that people won’t buy electric for the sake of electric. People would buy a better product. If a technology is real, it has to deliver more value to the consumer,” he says.

“If electric is here finally, then I believe electric has to give you a product that is better than a petrol scooter. And until that happens, people won´t buy electric irrespective of its environmental appeal,” he adds.

Ather also realized that they could build a product that was better than a petrol scooter. While their dealing in small volumes in a nascent industry ensures their product will obviously be premium today, Mehta says it starts with a good premise that it’s a better product.

“We´re just making sure that what you’re buying is a fantabulous experience. You absolutely fall in love with it. And in the process end up buying an environment friendly vehicle,” says the 30-year-old CEO.

It was earlier this year that Ather unveiled the 450X, which is a superior version of the earlier 450. Deliveries will start around Diwali this year. In the first phase, the 450X will be launched in 11 cities, which include Hyderabad, Bengaluru, Chennai, Pune, Delhi, Mumbai, Kolkata, Kochi, Ahmedabad, Kozhikode and Coimbatore.

Electric has to give you a product that is better than a petrol scooter. And until that happens, people won´t buy electric irrespective of its environmental appeal

“What we do is essentially sell electric in a very attractive form. We’ve tried building a product that’s very exciting. It’s the quickest production scooter in India ever,” says Mehta.

Ather´s 450X is the only scooter globally with a touchscreen dashboard and android indication. It also claims to have the fastest charging in India, almost five times faster than everybody else in the market. 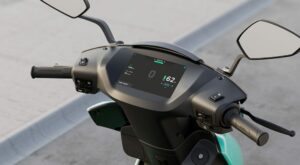 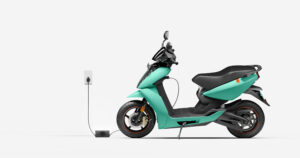 “There is a lot of first in the vehicle and it’s a premium experience,” he says proudly.

The vehicle has an all-aluminium frame, Android, touchscreen, Bluetooth, tons of storage space, and a form factor that is visually attractive.

The Purest Form of Energy

Mehta met his Co-Founder Swapnil Jain when he was in IIT-Madras, who also became a close friend. To fulfil his passion for physics and mechanical, Mehta picked up a stream called engineering design, because it offered a specialization in automotive. Both spent their college years building engines, construction equipment, and robots, filing many patents.

We were pretty clear that if we want to do this, we can´t just build batteries, we’ll have to build a complete product

In their second year of college, Jain came up with the idea of building a clean combustion engine. Excited, both set out to build an energy company called Ather Energy.

After college, and six months of working with EVs, they started with the intention of building battery parts and charging stations for EVs in general, but at end of 2013, they came to a conclusion.

“We were pretty clear that if we want to do this, we can´t just build batteries, we’ll have to build a complete product. That’s how Ather Energy was reborn. So, instead of just building the batteries, we´ll build the batteries, the infrastructure, and also the vehicle,” he explains.

A mental block in most consumers contemplating an EV is ´What if I run out of charge on the road?´

While Ather´s scooters are capable of running for 80-90 kms on full charge, they realized that almost every single customer has this concern, because they don’t see EV charging stations as frequently as petrol stations. 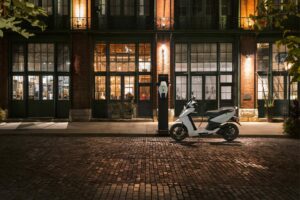 To solve this problem, Ather has installed a network of public fast chargers in every city they are present in and they call it the Ather Grid. Phase one of the installations is to go live across 135 + locations by December 2020.

A fast charger can charge a vehicle approx 80% in about 45 minutes, which is the fastest charging in India right now.

Ather´s scooters also hold the distinction of being the first connected e-scooter in India with OTA (Over The Air) delivered software updates. Recently, it got an OTA update that added a ‘Dark Theme’ to its instrument console. It also gets a tyre pressure monitor and Bluetooth connectivity among many other features.

We´re just making sure that what you’re buying is a fantabulous experience. You absolutely fall in love with it. And in the process end up buying an environment friendly vehicle

“You can think of it as a smart tablet that’s there on your handlebar with connectivity,” explains Mehta.

They have also pushed out OTAs that have offered a new driving mode that improved the range of the vehicle from 65 to 75 kms, improved charging, and better navigation options.

While Mehta counts competitors in the market, he says what Ather is doing is a little different.

“There are other electric scooter manufacturers in the country, but I think from a target customer and a product perspective, Ather is fairly distinct today,” he says.

“We are offering an integrated ecosystem experience, where there is public charging, home charging, software experience, and an integration of hardware and software. In that sense, we have a unique approach, and we don’t have competition in that approach in India,” he adds.

The Indian EV market is anticipated to grow at a robust CAGR of 43.13% during the forecast period from 2019 to 2030, according to BIS Research. Additionally, installation of charging infrastructure is projected to grow as well. Despite a sheer drop in the Indian automotive industry in FY2019, the EV market has been growing.

With the BS6 norms becoming applicable from April 2020, the EVs will become more price competitive with conventionally fueled vehicles, thus accelerating EV sales in the country. Overall, the climate friendly consumer is likely to shell out more for swanky rides such as the 450X.