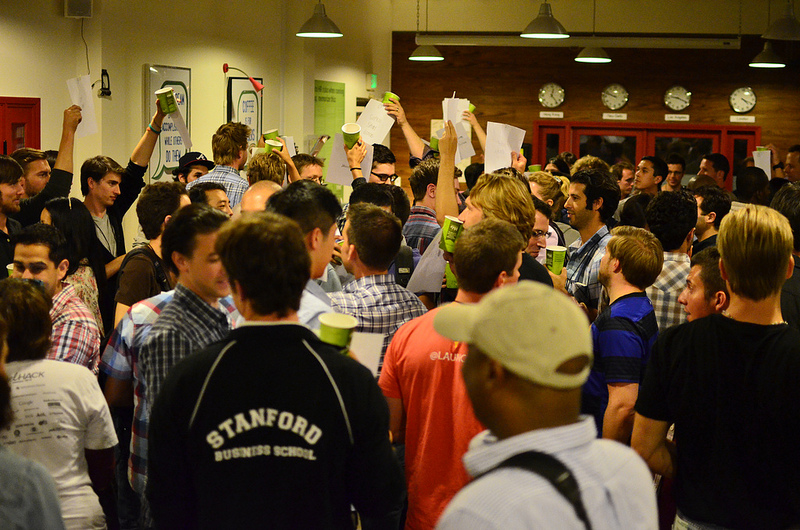 Three years ago, I left the cushy big company worlds of Microsoft, Google, and Yahoo! to embark on my startup journey. I accepted an entrepreneur-in-residence position at a prestigious venture capital firm, which felt like a great, safe way to build a company from scratch. They provided seed funding, which I happily took. Little did I know that I apparently had made my first major startup mistake – getting involved with a VC too early.

I soon learned that I was supposedly doomed by something known as the signaling effect: if a VC who invested in the seed round passes on the A, then it will cause other investors to pass as well, because that VC had the inside track to evaluate the business better than anyone. For this reason, many argue that you shouldn’t take any seed money from VCs.

I spent weeks trying to correct for this – reading every post on VentureHacks and talking to a number of folks for advice. I structured our seed round to include multiple VCs so we had redundancy, limited the investment amounts to avoid having a lead investor, and did other things. Fortunately, as I look back now post-Series A, it’s clear that we didn’t hurt our company by including VCs early on. In fact, quite the opposite.

In this article, I’ll share my personal learnings with 10 reasons startups should dismiss the signaling effect and consider VCs in their seed rounds.

Signaling is a good thing.

Millions of dollars are at stake here, so you can’t just back out when the going gets tough. This has to be something you’re willing to bust your butt on for the next five to ten years. Set the bar high for yourself, not for investors. You should be aiming to hit big goals that put you in the top 5 percent of seed companies – or go home. If multiple inside VCs that you trust pass, then the signal will serve as a wake up call that you need to step up your game or abandon ship and save up for a better fight.

VCs with big funds aren’t banking on seed investments to hit their numbers, so they are less sensitive to the amounts and terms of seed deals – unlike many individual investors who won’t be able to ante up in the A rounds.

Why should the seed be a one time raise? Raise a little to start to figure out your business and product, and six to 12 months later raise more to overdo your goals once they are within grasp. This was a great strategy for us, and we got the additional raise done in three quick emails and seven days. That would have been much more difficult with a large group of individuals with good reasons to be sensitive to term changes.

VCs can invest more money, which means fewer players you have to raise from. This way, you don’t spread your investors thin, so they know they matter more to the company and will likely be more responsive. Administratively, managing a large number of individuals is cumbersome too – good luck getting even basic term changes approved quickly.

It’s all about the Person.

If a particular VC partner is in your top three list of folks you would ring up on your most important issues, is very passionate about you and your business, and has capacity, then pull the trigger and let them invest. Optimize for relationships.

The partner is most important, but firm reputation helps big time too. Well-known VCs provide a sense of stability and reputation by association, which is quite helpful in closing initial customers and key hires.

It’s not a side-gig like for many angels who may be busy in senior operating positions at other companies.

Warm up VC relationships early on.

This helps you to demystify the expectations of Series A investors. VCs should prove their value and trustworthiness to you in the seed if they want to lead your A round. Learn what value they’ll bring to the table earlier in the game.

Even if you go all angels for your seed, VCs who reject your A pitch may signal. You’ll definitely run into this risk for the B and later rounds. With VCs in your seed round, you also have a chance of benefitting from supportive inside VCs, which should produce a strong positive signal and encourage outside investors to step up on terms to come from behind.

The only signaling that really matters comes from your customers. Spend most of your time figuring out how to make your customers so happy that they evangelize you to others. If early customers aren’t happy with your product, your company is toast.

Great VCs don’t blindly follow the crowd, they follow the traction. And they are willing and expecting to compete with other firms, even if they’re already in your seed.

Don’t over-optimize the financing. Spend less time reading sites trying to tip the balance of knowledge and power from VCs to entrepreneurs, and instead put that energy into optimizing your company goals. Surround yourself with the very best supporters – irrespective of their affiliations. And shoot for big goals.

You have a lot of issues to worry about to make your company an uber success, and signaling shouldn’t be one of them.