Tame that Cloud with Containerisation

While cloud computing gave us access directly to the server, containers gave us a special place in that cloud. Today, containerisation is ensuring a reduction in the level of skills that an organisation has to gather. Instead, they can focus on their own application delivery needs.

With the help of containers, organisations have access to a standard way of packaging the code of their application, along with its configurations and dependencies into a single object. Containers enable the sharing of an operating system installed on the server while resource-isolated processes are being run. This makes sure of rapid, trustworthy, and steady deployments, no matter the nature of the environment.

Containers used to be an alternative to hardware virtualisation, but now can be called a platform enabling iterative software development and deployment. Developers use containers to package their applications and dependencies into one unit, enabling smooth replication of the application across a team of developers and machines in the cluster.

This smooth and uniform use and the ability to scale and improve the performance of distributed applications is why containers have become so popular in the tech world. It is no wonder that all prominent cloud platforms are making available a plethora of container-based services.

Castles in the Cloud: What Cloud Computing Holds for the Future

As competition heats up, open-source container technologies like Docker, Kubernetes have made their name. Kubernetes, a Linux container management tool from Google, boasts of features such as reducing the time for services and allowing portability of tech stack between cloud and on-premise. Currently, cloud giants like Google, Microsoft, and IBM are benefiting from packaging and selling container-orchestration services. Software companies that were not originally cloud-native, for instance, Oracle and Cisco, are creating wide-ranging Kubernetes product lines and businesses. Kubernetes is supported by Google’s Cloud Engine, Microsoft Azure, and AWS.

Another popular open-source container platform is Docker, which can be used on Google Cloud Platform. Docker containers offers developers and engineers to zero in on creating customer-centric applications and business models.

Mesosphere is another product in this line. It can automate rollout and production operations for containers and data services on any given infrastructure. In addition, there is Red Hat OpenShift, which provides two open source software, Docker and Kubernetes, along with a user-friendly interface. OpenShift is also capable of supporting several programming languages as well as integrate different parts of DevOps processes. 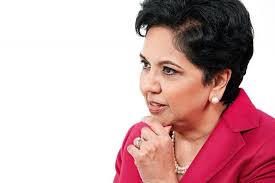 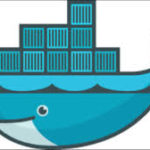 Tame that Cloud with Containerisation