Textbook publisher Pearson set off an unfortunate chain of events with a takedown notice issued aimed at a copy of Beck’s Hoplessness Scale posted by a teacher on one of Edublogs’ websites. The end result? Nearly 1.5 million teacher and student blogs taken offline by Edublogs’ host, ServerBeach. James Farmer at wpmu.org fills in the details.

In case you don’t already know, we’re the folks not only behind this site and WPMU DEV, but also Edublogs… the oldest and second largest WordPress Multisite setup on the web, with, as of right now 1,451,943 teacher and student blogs hosted.

And today, our hosting company, ServerBeach, to whom we pay $6,954.37 every month to host Edublogs, turned off our webservers, without notice, less than 12 hours after issuing us with a DMCA email.

Because one of our teachers, in 2007, had shared a copy of Beck’s Hopelessness Scale with his class, a 20 question list, totalling some 279 words, published in 1974, that Pearson would like you to pay $120 for.

Putting aside for a moment the fact that Pearson somehow feels that a 38-year-old questionnaire is worth $120, and the fact that the targeted post was originally published in 2007, there’s still the troubling question as to why ServerBeach felt compelled to take down 1.5 million blogs over a single DMCA notice. There’s nothing in the DMCA process that demands an entire “ecosystem” be killed off to eliminate a single “bad apple.” This sort of egregious overcompliance gives certain copyright holders all the encouragement they need to continue to abuse the DMCA takedown system.

Making this whole catastrophe even worse is the fact that Edublogs already has a system in place to deal with copyright-related complaints. As the frontline for 1.5 million blogs, Edublogs is constantly fighting off scrapers and spam blogs (splogs) who siphon off content. The notice sent to Edublogs had already been dealt with and the offending post removed, but these steps still weren’t enough.

So, yesterday, when we got a DMCA notice from our hosts, we assumed it was probably a splog, but it turned out it wasn’t, rather just a blog from back in 2007 with a teacher sharing some materials with their students…

And the link they complained about specifically is still on Google cache, so you can review it for yourself, until Pearson’s lawyers get Google to take that down… or maybe Google will get shut down themselves 😉

So we looked at it, figured that whether or not we liked it Pearson were probably correct about it, and as it hadn’t been used in the last 5 years ’splogged’ the site so that the content was no longer available and informed ServerBeach.

Clearly though that wasn’t good enough for Serverbeach who detected that we still had the file in our Varnish cache (nevermind that it was now inaccessible to anyone) and decided to shut us down without a word of warning.

Well, there actually was a “word of warning.” Farmer received the following notice that clearly states ServerBeach’s DMCA policy, which, unbelievably, entails taking entire servers offline in order to “comply” with DMCA notices. For $75,000 a year, you’d think Edublogs would be entitled to a bit more nuance. As for Pearson, it’s a shame to see a zero-tolerance, all-uses-are-infringing attitude superseding any sort of educational benefit gained from being included in a teacher’s class materials. Taking a look at the original post (below), it appears to be no different than a teacher photocopying course materials for attending students. Hosting it online may make the test infinitely distributable, but there’s no indication this was the teacher’s intent. One of several problems in copyright law is the fact that what appears to be fair use to the layman is usually illegal. And the unintended consequences of actions taken in good faith tends to include a ton of collateral damage — damages which usually far outweigh any perceived losses from non-commercial infringement. Because of this, hosting companies tend to prefer harming a relationship with a paying customer to finding their safe harbors under attack. For the sake of a $120 paper, ServerBeach was more than willing to drop a $75,000/year customer. Despite all the whining, copyright still has plenty of power. Too bad it’s so easily abused. 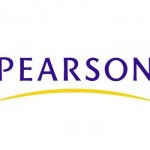