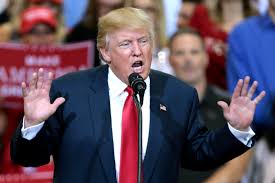 Furthering US President Donald Trump’s ‘Buy in America Hire in America’ campaign, the US government has reiterated its decision to revoke the H-4 visa rule for certain spouses of H-1B visa holders. The decision is likely to impact several thousands of Indian spouses living in the US, a majority of which are women. The Trump administration’s belief that, companies’ use of H-1B visas has led to replacement of American workers, has put the H-1B visa policy under review.

With the H1B visa, which is a non-immigrant visa, American companies can hire foreign nationals if they are in specialty occupations. Needless to say, the visa is used immensely for the Indian IT sector. And the eligible dependents of H-1B holders, namely spouses and unmarried children under the age of 21, are given the H-4 visa.

H-4 visa holders are not allowed to work in the US or to have a Social Security Number, but can hold a driver’s license, open a bank account, study in American universities, and travel outside the US and return. They can also change their visa status to another non-immigrant status. However, if H-1B visa holders lose their jobs or visa status, the dependent H-4 visa holders automatically lose their status, and would have to return to their home country.

The vast number of spouses of IT professionals working in the US on H-1B visa are often highly-trained and experienced professionals. However, their H-4 visa status lets them be employed only if the H-1B visa holder is the primary beneficiary of an approved Form I-140, Immigrant Petition for Alien Worker or if the H-1B status falls under sections 106 (a) and (b) of the American Competitiveness in the Twenty-first Century Act of 2000 as amended by the 21st Century Department of Justice Appropriations Authorization Act (AC21).

Under “Removing H-4 Dependent Spouses From the Class of Aliens Eligible for Employment Authorisation,” the Department of Homeland Security’s Unified Agenda in the federal register notification of its semi-annual regulatory agenda said, “On February 25, 2015, DHS published a final rule extending eligibility for employment authorization to certain H-4 dependent spouses of H-1B non-immigrants who are seeking employment-based lawful permanent resident (LPR) status. DHS is publishing this notice of proposed rulemaking to amend that 2015 final rule. DHS is proposing to remove from its regulations certain H-4 spouses of H-1B nonimmigrants as a class of aliens eligible for employment authorization.”

Under the Obama administration, February 2015 had seen an extension for the eligibility for employment authorization to certain H-4 dependent spouses of H-1B nonimmigrants seeking employment-based LPR status.

The ET reported from a USCIS official that while the federal register notification informs that the notice for the proposed rulemaking will be published this month, the US Citizenship and Immigration Services (USCIS) said that “No decision about H4 visas is final until” the process of rulemaking is complete. They have proposed to inform the public when the Notice of Proposed Rulemaking (NPRM) is ready for public comment. After an NPRM is posted for public comment, the comments are considered by the USCIS before posting the final rule.

“The agency is considering a number of policy and regulatory changes to carry out the President’s Buy American, Hire American Executive Order, including a thorough review of employment-based visa programmes,” Michael Bars, the USCIS Spokesperson told PTI.

“USCIS is committed to reforming employment-based immigration programs so they benefit the American people to the greatest extent possible,” Bars said.

As the issue troubles many Indian workers in the US, many of whom have been awaiting Green Card status for years, a group of them visited Congressman Paul Tonko in Albany, New York, requesting for a push for reforms in the Green Card backlog as well as to take back the new H-4 visa regulation.

ET reports that activist Renuka Rajkumar spoke to the group regarding the bearing of rescinding employment permits for H-4 status spouses who have been in the queue for green cards for years now. Rajkumar recalled her own despair of having to wait for a decade before being allowed to work in the US.