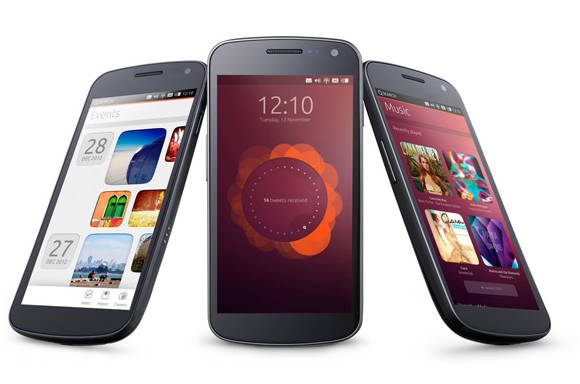 Ubuntu Phone OS is Here, Doubles as a Full PC As mentioned in the teaser, Canonical removed the wraps off its all new Ubuntu Phone OS yesterday and what can we say, we truly love it. It is built around the existing Android kernel and drivers, but doesn’t use a Java Virtual Machine and promises to use “the full power of the phone.” Supporting both ARM and x86 processors, the Ubuntu phone OS will be compatible enough to let Android phone makers run it on their devices with minimal adaptation.

Canonical chief Mark Shuttleworth promised devices with Ubuntu Phone OS to be available by 2014. The company has a number of demo phones in London and downloadable images of the development platform will be available for the Galaxy Nexus over the next couple of weeks.

Taking about the OS itself, the interface definitely brings in some unique features to separate it from the competition. Thumb gestures play an important role in navigation. A short swipe from the left side of the screen brings up a dock of your favorite apps, while a full left-to-right swipe will pull up all of your open apps. Swipes from the right let you flip back through the apps you’re running. You can have a look at some short demos on the Ubuntu website.

Overall, if you talk about design, I think Ubuntu offers a fresh perspective and a very dynamic home screen that is very different from Windows Phone, Android or iOS. It’s focused more around recently used content — like contacts you’ve spoken to recently, music you’ve added, and apps you’ve used — rather than a static grid of content.

Well, like Mark says in the video above, Ubuntu is the only OS to exist on all platforms and that will definitely make a difference in terms of usability for most of us. We’ll keep you updated on more about the Ubuntu Phone OS.

Here is a hands-on video via The Verge: