This VC fund is helping India gain a sustainable future by investing in the climate and clean tech ecosystem. The Tech Panda also got to know how such VCs select a clean startup.

Sustainability has entered not just business vocabulary but also consumer vocabulary. According to an IBEF report, the Indian renewable energy sector, as a market, is globally the fourth most attractive.

According to Germanwatch, currently, India ranks 7th on the global climate change crisis index, clearly, a roadblock to the economy, which is expected to grow to US$5 trillion in the next few years.

The geography and the socio-economic scenario of India make it particularly vulnerable to the devastating effects of climate change. According to Deloitte, India is expected to lose a sum of US$35 trillion owing to unmitigated climate change.

Climate tech has the potential to boost our economies, and quality of life while reducing human impact on the environment. This message of sustainability has reached consumers, an awareness that has become one of the drivers in the startup sector in India. Today, the cleantech ecosystem is ripe with opportunity.

Sectors like transport, housing, food, and manufacturing, all are worth trillions of dollars in opportunity. Thus, by investing in these, VCs can cash in on the opportunity while enabling the same kind of disruption in these sectors as in the technology sector.

Can VC funds indirectly help towards gaining a sustainable future by investing in the climate tech space?

The Tech Panda spoke to Shailesh Vickram Singh, Founder of Climate Angels, a SEBI CAT I investment fund focused on creating a sustainable future by exclusively focusing on companies working in the pollution reduction and climate change space. They are investing in companies developing technology to try to combat the climate crisis. 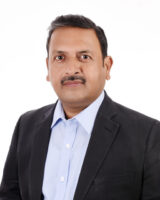 Every startup which is solving this (sustainability problems) will solve the climate crisis in a better, faster, and cheaper way in the long term, and by partnering with these disruptive startups, VC funds can not only generate super alpha which will be 10x bigger than food delivery or commerce but can also solve the climate change

“Every startup which is solving this (sustainability problems) will solve the climate crisis in a better, faster, and cheaper way in the long term, and by partnering with these disruptive startups, VC funds can not only generate super alpha which will be 10x bigger than food delivery or commerce but can also solve the climate change,” he says.

He adds that there is a good amount of awareness among startups of today when it comes to sustainability.

“Today discussions on climate are not at the fringe but at mainstream, and likewise there is a huge supply of talented individuals who are keen on solving some of the toughest problems, and we expect this trend to not only continue but grow exponentially as capital has also started coming in,” he says.

When asked why cleantech startups, Singh replies that the super inspiring story of Douglas Tompkins, Founder of North Face and Esprit, known for land conservation, is the source of his inspiration.

“He demonstrated that a single driven person with adequate capital can not just revive but wield more than 2.0 million hectares of forest in South America,” he replies with passion.

Also, given Singh’s background in venture capital, he saw that apart from policy and awareness, the real boost climate needs are innovation and capital.

Capital and innovation, in short, are venture capital and if we can build better along with favourable policy and awareness, miracles can happen in a short time

“Capital and innovation, in short, are venture capital and if we can build better along with favourable policy and awareness, miracles can happen in a short time, as we saw happening in the payments space where India is far ahead of any other country in the world. And this has been shaped by all three – innovation, capital, and policy,” he says.

“Further, having been a super climate enthusiast, I realised that the time to merge climate with VC thinking is now,” he adds.

He set up his first NGO focussed on saving environment at the age of 18 in his engineering college, which became a 1000+ member community in a short time.

It’s a fact that certain sectors in cleantech see more activity than others. Singh points out that mobility is seeing maximum traction.

In April, EV startup Dispatch announced that it will be launching “the world’s first purpose built” e-scooter by Q1 of 2023. In May, EVTRIC Motors celebrated the milestone of 100 dealerships pan India in just six months. In July, Three Wheels United deployed 200 EV three-wheelers in its fleet in Delhi.

“It is not only about e-mobility, but we are seeing great startups being built in the area of shared mobility as well,” says Singh.

A study from Juniper Research predicted that global savings in CO2 emissions from smart traffic management systems will be 205 million metric tons by 2027; a growth of 41%, up from just 145.7 MMT in 2022.

Read more: Investment India: 12 VCs that have zeroed in on Indian startups

Another area gaining traction, he points, is agriculture, including post-harvest, cultivation as well as pre harvesting zones.

“Hydrogen is coming on the radar now, and we expect it to become very large and be at par with mobility in terms of impact,” he says.

How to Select a Cleantech Startup

After going through a multilayered selection process over the last month, Climate Angels has selected seven startups for the ZeSUP, Zero Single-Use Plastic Challenge, to deploy their solutions with the incubator’s F&B partners.

The selected startups are currently gearing up for a six-month Bootcamp program that will run alongside the pilots. The program aims to support these ventures throughout their entrepreneurial journey, from curating sessions on the steppingstones of the business world to crafting the perfect story while pitching to investors. The program aims to leave no stone unturned in helping these pioneering startups on their journey to eradicate Single-Use Plastics from India.

What’s the criteria that VCs use to select a startup to invest in, especially in cleantech? Singh says it’s pretty much the same as selecting a tech startup.

“It begins with answering questions like, how big is the opportunity? How is the team, can they scale it fast, and what are the IPs in the business? Are they capital efficient and most important, are they the best guys to solve this problem?” he explains.

For example, Climate Angels Fund made their debut investment deal in Beco, a Mumbai based climate tech D2C startup targeting the US$10 billion home and kitchen market in India through an eco-friendly and sustainable range of products.

It begins with answering questions like, how big is the opportunity? How is the team, can they scale it fast, and what are the IPs in the business? Are they capital efficient and most important, are they the best guys to solve this problem?

“Beco is solving a very important problem which 99% of us are not even aware of, that is, pollution of water bodies due to chemicals in our soaps – dishwasher, floor cleaner and detergents. It is a very large market and to give an example some of the brands in this space have a sale of more than US$1 billion per annum. So, a really large market,” he says.

“Further the time team approached us, they have already built to scale in a very short time and were growing fast without throwing money. The product clearly demonstrated a superb market fit and a potential to create a profitable INR1000 crore revenue company in the next 6-10 years. So, these are the traits we look for,” he concludes.