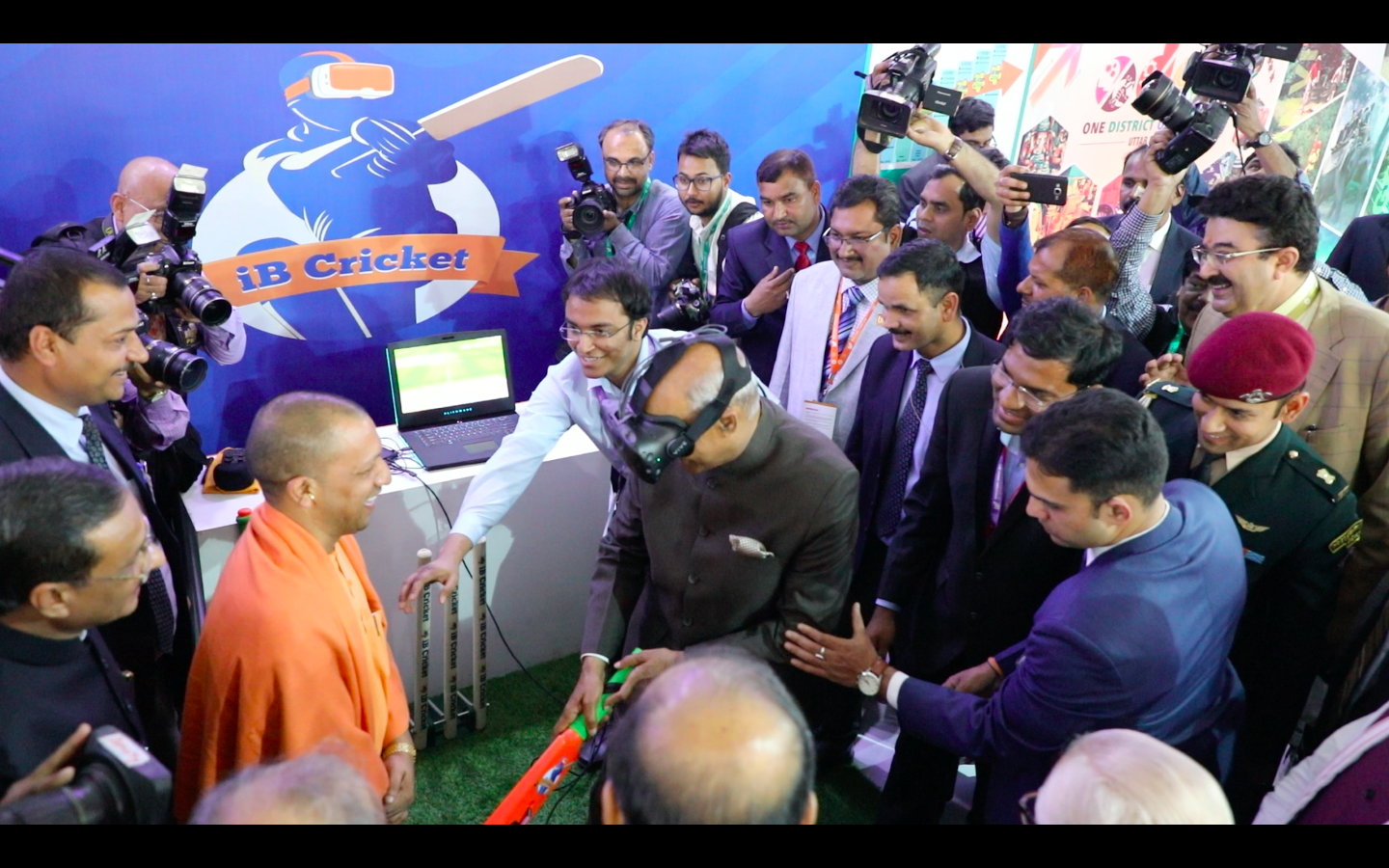 Cricket lovers in India can now enjoy the game even more. Proyuga Advanced Technologies has launched iB Cricket, a Virtual Reality (VR) game, that you can play from the confines of your home. In other words, if you’re no Mitchell Marsh, at least you can settle for playing as Virtual Marsh.

The site claims to provide the experience akin to playing cricket in a stadium, including realistic roars that you would come to expect from Indian cricket crowds. It also claims that a new player can adapt to the game in 15 minutes. The VR experience also includes a virtual AI coach, which provides the player game analysis and suggestions for improvement.

The technology used in the game is a combination of VR, IoT, block chain, and AI. Headsets required for VR sports are quite expensive, but given India’s love for cricket, this product could lead to a boost in headset sales nationally.

Sama Vasantha Sai, a product of IIT Hydrabad, is the founder and CTO while Kothinti Trivikrama Reddy, an IIT-Delhi product is the co-founder and CEO of the immersive experience product, which players of all ages can play.

The custom-made electronic bat was unveiled by Ravi Shankar Prasad, the Indian Electronics and IT minister in presence of Ram Nath Kovind, the President of India and Yogi Adityanath, the Chief Minister of Uttar Pradesh. Ram Nath Kovind too tried his hand at the sport. “Wow, this is wonderful. Which stadium is it?” he quipped.

VR and Augmented Reality (AR) are transforming the way we live by being used in different facets of life, including health, education, design and architecture, entertainment, fashion, simulated military training, and gaming. In sports, VR provides professional players the facility of revisiting a shot or a move, while self-reflecting on their mistakes. Having said that, VR gaming and sports can pose as another excuse for youngsters to stay indoors and not go out and play.

India has been enthusiastic about its startup scene, but in the field of VR and AR, progress has been relatively slower. Only a few companies have ventured into this area. FlippAR syncs with your phone’s GPS to give you additional information about your surroundings. Gamooz creates interactive textbooks. Imaginate is one of the few companies that has made a name in the AR industry with products such as ShootAR, which is an AR product for the Indian Army, and LiveER, which assists doctors in open-liver surgeries.

iB Cricket has gained quite some attention at the UP Investors’ Summit of 2018. The product aims to win over 100,000 members and 25,000 franchises. “We plan to have a simultaneous launch of the product in 25 different countries. We are highly positive about its potential and are sure that it will be played and enjoyed by a large audience globally,” the co-founder Trivikram said.

ProYuga is being supported by iB Hubs, a PAN India Startup Hub, which was launched in November 2016 by Amitabh Kant, CEO of NITI Aayog. Alekhya Kommanaboina, the CEO of iB Hubs quoted “We are very happy to support young startups like ProYuga to come up with world-class innovations. In the future as well, iB Hubs will assist such committed startups and we are confident that with the system developed by iB Hubs, Indian startups can expand globally within six months.”