VLC have announced on their Twitter account that  they are bringing their media player to the Android platform.

VLC Media Player has been available for desktop PC’s for years where its famous for being able to play pretty much any type of video and audio file. This is great news for Android device owners because we assume VLC will be bringing the same support to smartphones and tablets.

No precise details were given about what to expect from the Android version of VLC or when it’ll be released. However, what we do know is that any new media applications becoming available is good news,  especially if they add support for previously unsupported codecs and video files. 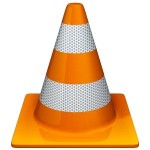