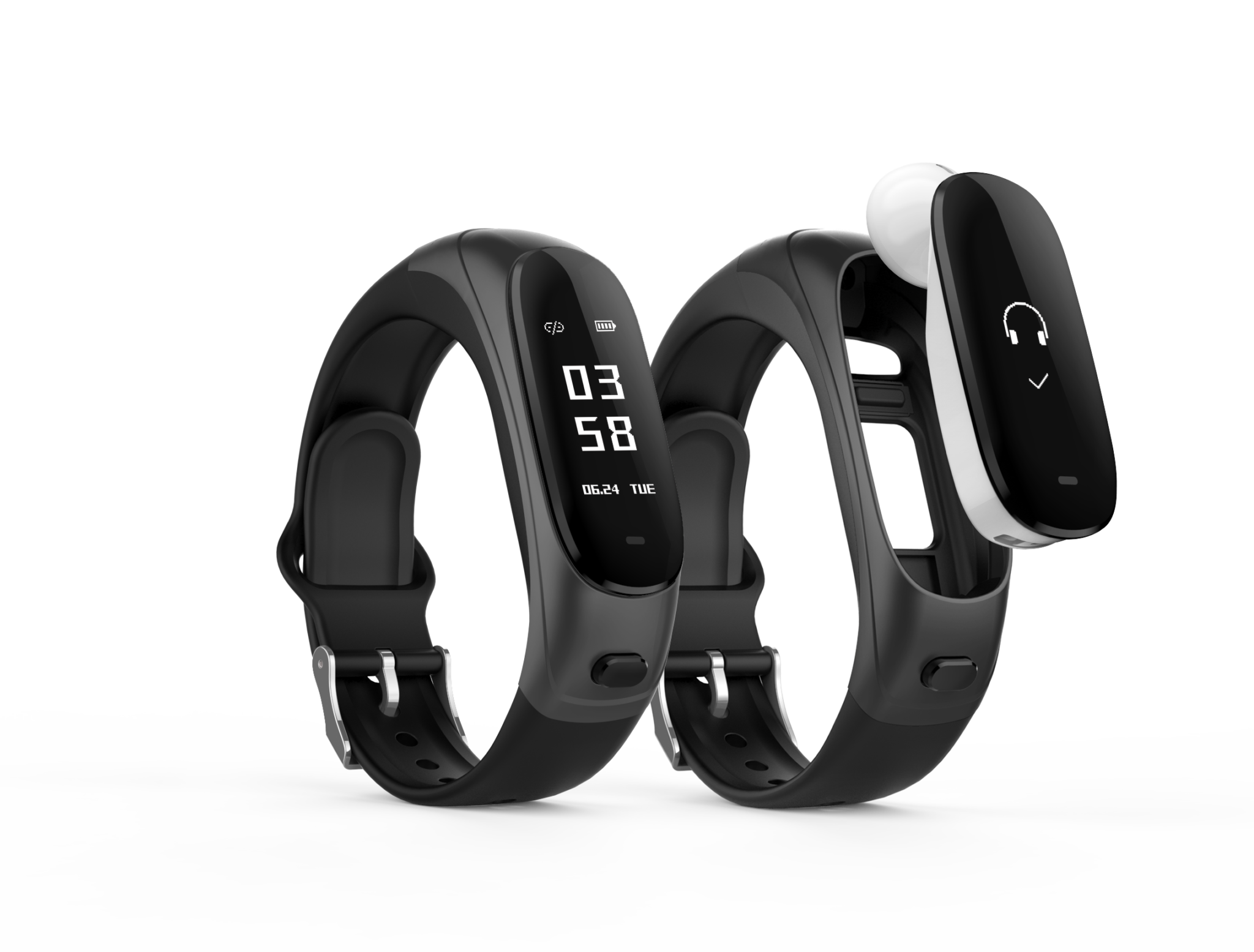 As smart watches flood the wearable devices market in the lifestyletech-meets-health-tracking segment of the Indian market, consumers are getting one more choice, the Soulfit Sonic Talkband, which is a hands-free calling smart watch that also tracks fitness.

As startups bloom a dime a dozen in India, venturing into fintech, e-commerce, healthtech, foodtech, and much more, a new segment has recently been born called ‘lifestyletech’. Targeting young office goers, too busy for the gym, this audience is realizing the importance of tracking their health. It is no wonder that the market is brimming up with wearable devices for health monitoring.

Launched by Mumbai-based Brandworks Technology Pvt. Ltd., which was founded in 2017, Soulfit was launched on 14th of January 2018 after two years of research. Co-founded by Ishwar Kumar and Nikita Kumawat, this wearable technology product is a wireless gadget that can be used for answering calls, while tracking health and activity.

As Apple’s Airpod has paved the way for wireless technology, Soulfit too sees a future that is wireless. Karan Gour, an employee of Soulfit, who spoke to The Tech Panda, said, “We wanted to have a product that is a mix of a fitness device and a mobile phone, because as a consumer, the most used electronic item is a mobile phone”.

Long-term exposure to mobile phones on a continuous basis has been proven harmful for the body. In India, network problems lead to fluctuating Specific Absorption Rate (SAR). Experts recommend the use of Bluetooth headsets to lessen the effects of exposure to radiation. Keeping these factors in mind, Soulfit has designed its product to reduce the user’s absorption rate.

“Smart wearables are going through an interesting phase worldwide. Watches only met a specific need until now, but in our fast paced world, we seek more economical and highly functional simple gadgets,” PR-Inside quoted Nikita Kumawat.

Products like Soulfit are targeting either the CEOs and the CFOs of companies and startups, who are almost constantly attending calls, or busy working Indians, who want to maintain their health without hitting the gym.

In 2017, Indian markets saw the launch of smartwatches and fitness trackers like Garmin Vivosmart 3 Smartband and Huawei’s fitness tracker. In competition with Fitbit and Huawei, which have recently launched wearable lifestyle products like smartwatches and earpieces, Soulfit claims to be the first wearable device that detaches itself and can be used as a Bluetooth earpiece. So far, Soulfit has sold more than 600 units after being launched. The product is available on Amazon here.

“The brand Soulfit is about developing and coming up with new wearable technology. Maybe a smart T-shirt or a gadget that helps you sleep better or a gadget that identifies your sleeping pattern is what we intend to bring into the Indian market,” Gour said.

According to Research and Markets report, “India Wearable Devices Market 2018-2023 by Type (Fitness Tracker, Smartwatch) Size, Share, Analysis Forecast, and Opportunities”, wearable devices have shown a tremendous growth recording a value CAGR of over 140% during 2013-2017.

“The country’s young working class population, who are primary buyers of these smart fitness devices and smartwatches are being bombarded by competitive pricing strategy from Chinese vendors, which helped the market to see higher sales during review period”, the report said.

Devices that track stress, heart rate, sleep, activity, and calories, are fast becoming favorites of fitness-conscious Indians. The report predicts that the market in 2018-2023 will rise even higher for wearable devices with the advent of Internet penetration, lifestyle modernization, trends in health and fitness, as well as simply the desire to own sophisticated gadgets. Increasing disposable income, particularly in tier II and tier III cities is cited as a future demand sustainer for manufacturers like Soulfit.