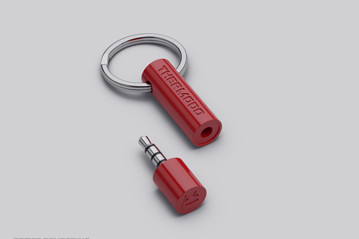 About a month ago, Willi Wu and his co-developers at Robocat sought to raise about $35,000 on Kickstarter to fund the development of a little thermometer that plugs into your smartphone’s headphone jack.

Instead, they raised that much in six hours. A month later, and the project closed more than $300,000 in funding.

Here’s how the Thermodo works: You plug the device into your smartphone’s headphone jack and use an app to get the exact temperature of your surroundings. Simple, right?

WSJ caught up with Willi to find out more about the Kickstarter process.

Read the full interaction on the Wall Street Journal.