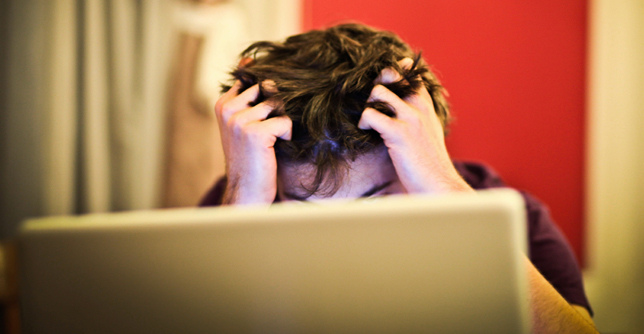 What’s the Most Annoying Thing at Work? Survey Reveals All There’s no doubt that the office can be a pretty stressful place at the best of times. Whether it’s the equipment you use, the jobs you need to do, or even the people you work with, plenty of things can stock up the stress throughout the day. But what gets on everyone’s nerves the most?

A recent survey asked 800 office workers exactly what it is about work that’s so stressful and has them reaching for the nearest stress ball.

So what’s the thing most likely to get employee’s blood boiling? The survey showed that the internet is the main source of stress.

31% of workers said that when the internet stops working, or emails refuse to send, they find themselves tearing their hair out.

In second place came too much work – 18% of those surveyed admitted that they find the most stressful thing at work being unrealistic workloads.

A spokesperson from ecigarettedirect.co.uk,who conducted the survey, said: “Many of us don’t realise how stressful the office environment can be as it just melts into the fabric of everyday life.

“However, it’s no surprise that internet malfunctions came top of the list. In today’s technology driven age so much of what we do is reliant on being online we often feel lost and frustrated without it.

“One crack in this delicate technology and an entire office can be brought to a complete standstill, with the potential to reduce a company’s output to zero.”

The lowest on the list, surprisingly, was having no tea or coffee, with only 1% lamenting when the caffeine reserves are empty. Equally surprising was the low 2% who said lack of stationary was a pain.