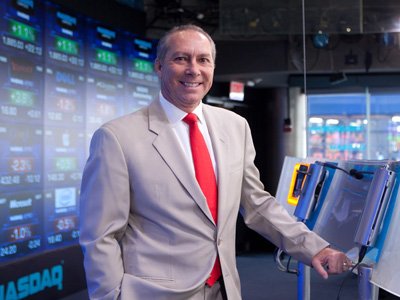 Yahoo said Chairman Fred Amoroso has resigned but will serve on the Web portal’s board until its June annual meeting.

Mr. Amoroso, who was named chairman last May, will be succeeded in the interim by Maynard Webb Jr., the company said. Mr. Webb has been a member of Yahoo’s board since February last year.

Following the completion of Mr. Amoroso’s term at the shareholders’ meeting, the board will comprise 10 members.

In a statement, Mr. Amoroso said he told the board when he took the chairman position that he intended to only serve one year.

Yahoo has been under close scrutiny since Marissa Mayer, a former Google Inc. executive, took over as chief executive in July, as many have watched for her plans to turn around the struggling Internet pioneer.