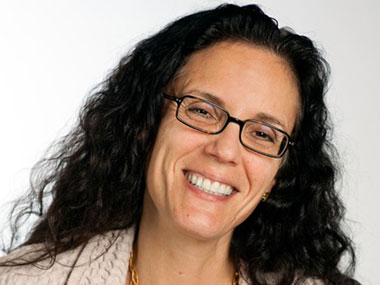 Zynga CIO Debra Chrapaty has been named CEO of enterprise cloud storage company Nirvanix. Debra has a high-profile background with major stints in companies like Cisco and Microsoft.

She replaces Dru Borden, who will remain at the San Diego-based company as SVP of planning and development and who will also remain a director. Chrapaty will also remain executive chairwoman of the board of Nirvanix, which has investments from Khosla Ventures and Intel Capital.

Chrapaty has most recently been CIO of Zynga, but was also SVP of Cisco’s collaboration software unit and was a corporate VP at Microsoft. She was also president and COO of E*Trade Technologies.

In an email to Kara Swisher of AllThingsD, Chrapaty wrote: “I had a great run at Zynga, wish the company and the team the best. But this is a really unique opportunity to leverage a company that is at the center of unstoppable trends (to cloud which hasn’t really affected Fortune 1000 storage yet) and a company that already has some great existing people and customers and investors you have known for decades.”

Zynga is going through a tough face with revenues dropping and at the same time having to face a lot of high-level departures.

“We thank Debra for her leadership and contributions to Zynga over the past years and wish her luck in her future endeavors,” said Zynga COO David Ko in a statement. “As one of our Zynga Fellows, Dorion has provided direction, leadership and management across numerous technology and products teams at Zynga over the past three years as well as being one of our most senior technology leaders.”