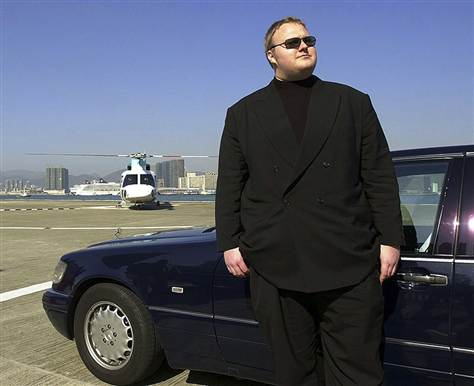 10 Facts About The MegaUpload Scandal

MegaUpload and its founder, Kim Dotcom have been a lot in news since quite some time. Here are 10 facts about the whole MegaUpload scandal.

Megaupload is a provider of cloud storage services. The company’s primary website, Megaupload.com, offered a popular Internet-based storage platform for customers, who ranged from large businesses to individuals. This storage platform allowed its users to store files in the Internet “cloud” and to use, if needed, online storage space and bandwidth.

Through Megaupload, users were able to upload and store data securely, and to access data from any location via the Internet. Megaupload and cloud services of this kind have important and substantial non-infringing uses.

Megaupload databases revealed that nearly every large corporation, organization and government used Megaupload – from the US Congress to folks in Hollywood. Of course, millions of individual users used Megaupload as well.

2. How did Megaupload maximize storage efficiency?

Megaupload, similar to other large cloud storage providers that rely on efficient data storage like Dropbox, was designed to store a single useable copy of each unique file uploaded to its servers. If multiple users uploaded identical files, Megaupload would retain one instance of the file, and generate a unique link for each individual user, called a Uniform Resource Locator (“URL”). One user might choose to keep his unique link private; another user might wish to share his link with others via email or by embedding it in a webpage such as a blog post.

3. What in summary is the criminal claim and defenses?

The Government’s case against Megaupload Limited (“Megaupload”) rests on a host of novel theories of criminal liability for copyright infringement.

The Government, at its core, wants to hold Megaupload criminally responsible for the acts of third party cloud storage users and such mass secondary copyright infringement cannot be found in any federal criminal statute.

In essence the Government is attempting to use “civil law” claims in a criminal prosecution context which is not permitted.

The Government turns a blind eye to the laws which provide immunity for dual use technologies that are capable of substantial non infringing uses (Sony doctrine) as well as safe harbors for such things as “caching” and efforts to remove infringing material in response to take down notices.

4. What about the alleged money laundering claims?

5. How is Megaupload funding its legal defence?

The Megaupload site was taken down and Defendants’ assets have been frozen pursuant to these suspect charges, leaving no funds to defend a hugely complex case involving petabytes of potential evidence, an untold number of witnesses and a business that spanned the globe.

Notwithstanding the basic civil rights axiom that one is innocent until proven guilty, the Government has impaired Megaupload’s and Defendants’ defense by freezing all of its worldwide assets, then refusing to agree to unfreeze one penny to fund defense efforts – not even funds to preserve or analyze the digital evidence. The Government, in short, has destroyed Megaupload without bothering even to serve the company and is now bent on preserving its advantage by disabling efforts to challenge the lawfulness of its actions.

Megaupload processed takedown notices swiftly and efficiently. Megaupload went beyond the ordinary and used technology to speed up the take down process. For example trusted parties including major Hollywood entities received access to an innovative real-time direct takedown web tool.

Megaupload negotiated with major copyright holders or their agents—including the Recording Industry Association of America, Disney, Warner Brothers, NBC, and Microsoft—to allow them access to take down directly, in an automated manner, an active link to material they believed infringed their copyrights. Megaupload was commended by Hollywood organizations for its take down processes.

7. What if one user was allowed to maintain a file and another wasn’t?

While Megaupload made efforts to curb abuse of its service, it recognized a competing obligation to its users who legitimately use[d] the service to store their own copies of copyrighted material. For example, a music file that was purchased or covered by fair use and uploaded by a user for the purpose of “space shifting” (where media files stored on one device are accessed by the owner from another device) would look the same to Megaupload’s automated processes as a music file to which the user had no legal right.

This obligation to its users who had a legal right to the files they stored presented an ongoing problem because the company was committed to ensuring that there was a proper and legitimate basis to require a data file to be removed. As a result, where a user was subject to a proper and specific take down notice for their unique link or URL, that user’s link to the file in question was taken down or broken.

8. Why did Megaupload need takedown notices to remove infringing works?

Whether a specific instance of a file is infringing or not depends on the context such as license status, fair use, and what local laws apply. For example, a news organization may be permitted to use a photo in an article under the fair use doctrine while a commercial entity may not. Copyright owners are in the best position to allege who and what is authorized and who and what isn’t.

Taking down all links pointing to the same file is neither pragmatic nor required by the law, nor would it be justified – another exampleone person’s licensed music mp3 file is potentially another person’s infringing file.

9. Did Megaupload really offer no long term storage of data?

Megaupload used a freemium model which made it affordable for individuals and small businesses to use and “try out” the Internet cloud technology and only pay if they desired faster bandwidth and more robust storage.

Megaupload had a copyright agnostic user rewards program limited to, amongst other things, small files under 100 MB – to help introduce users to the cloud storage service.

Allegations made by the US that Megaupload did not have significant capabilities to store private content long term are false.

Allegations made by the US that free user files were deleted if not downloaded within 21 days (or 90 days for those who were registered) are false. At the time of the shutdown, free user files had not been purged for multiple years.

10. Who are the entities that the New Zealand court has found guilty of violation of law?