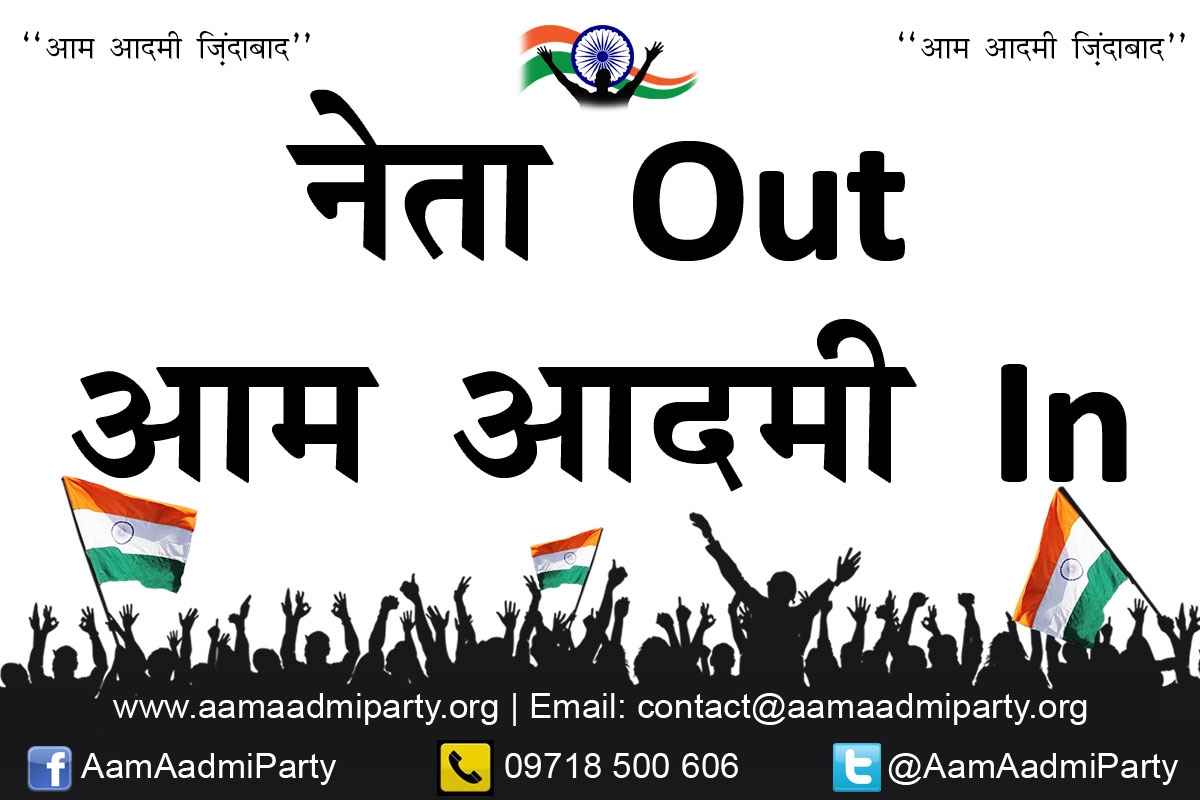 My Facebook feed has been flooded on how Aam Aadmi Party is the coolest Indian Startup and lot of other exemplary things. Feeling proud for what AAP has achieved in Delhi today, here are the 6 Startup Lessons for all of us:

Ideas are Dime a Dozen, Execution is what Matters

When we hosted the event at GICE Bangalore,  the students went into laughs when Nukul Upadhye, Againn showed them a slide which says, “The value of an idea = 0.00833( dime /dozen =  0.10/ 12)”.  So true. Lot of people had great ideas on how to change Indian Politics, debated at depth and did countless discussions. But, Arvind Kejriwal – the only one who executed had managed to get the results.

Spend some time introspecting, are you spending your time talking about the cool ideas to implement on your product or the tricks that could get you more business, than doing it?

Partners may need to part, when required

Arvind Kejriwal was an integral part of Anna Hajare’s  movement for Jan Lokpal Bill all along. As time went by, ideology differences  cropped up between the both. However, instead of trying to eternally convince Anna Ji to take his route, Arvind Kejriwal went ahead and did what he felt right, by launching the AAP Party.

So, in your startup – if a time comes where your partners differ at such a basic and fundamental way of doing things – just go your way.

Let Your Customer Speak for you, Empower them to do so

In most political rallies, politicians speak and so-called public listen. They rarely get to interact with the politicians anytime during the elections. AAP has been completely different in their approach – they set up their social media accounts , interacted with them and clearly mentioned what their political manifesto was.

In a very innovative use of Technology, they used VoiceTree to get a delhi resident randomly call up another delhi resident and persuade them to vote for AAP, just by calling a toll free number. The plan worked – people jumped in to call up other delhi residents and the circle of volunteers this simple technique created was huge.

By itself, this might be the first political party where people voluntarily called up other people to vote for AAP.

Are your customers raving about your customer service near their business circles ? Think about how you can create a single satisfied customer, so he becomes your permanent product ambassador.

Be Audacious, Take on your Competition as publicly as possible

Arvind Kejriwal was bold enough to take on Sheila Dixit in her own constituency. Lot of people thought, he was being cocky. Besides, what’s the point he is trying to make? Well, here is the secret. If you are not convinced of your strengths or how better you are then your competitor, you can never challenge them in daylight. Whether he won or lost was a different ball game, people saw how committed he was just by seeing him compete against Delhi CM for the past 15 years.

Don’t hide behind your nice landing pages and a bullet list of features. Can you clearly mention why you are better than your competitors in the market and stand by it? Think again.

Get into a market ripe for disruption

Fed up with corruption, inflation and indifference towards daily problems, Indian Political system was a domain ripe for disruption. People didn’t need any convincing that a new political party was needed with good for the people as their main agenda. Arvind Kejriwal floated the party and set up the team with clean candidates for people to judge and vote.

Is your startup addressing a need to your potential customers? Find a real problem and solve it. If you have to make your customers aware of the problem before selling your solution, you would shut the shop real fast.

Go the crowdfunding mode, with a fantastic product

AAP has been hugely funded by volunteers. It is definitely one of the most successful Indian crowdfunding initiative. So, why did people fund AAP Campaign? The end product they were getting was fantastic – clean political party taking care of people’s needs.

So, before going the crowdfunding mode, be absolutely sure that the end product is useful, and people would feel like paying and waiting  for your it.

It does not matter that AAP did not win majority seats this time. The very fact that they clinched #2 position after being 9 months in existence shows that many things have gone right. As entrepreneurs, we need to absorb the lessons AAP teaches us and see where we could improve.

Do you think AAP is a one time wonder, let alone lessons to be learnt ? Share your thoughts with us.