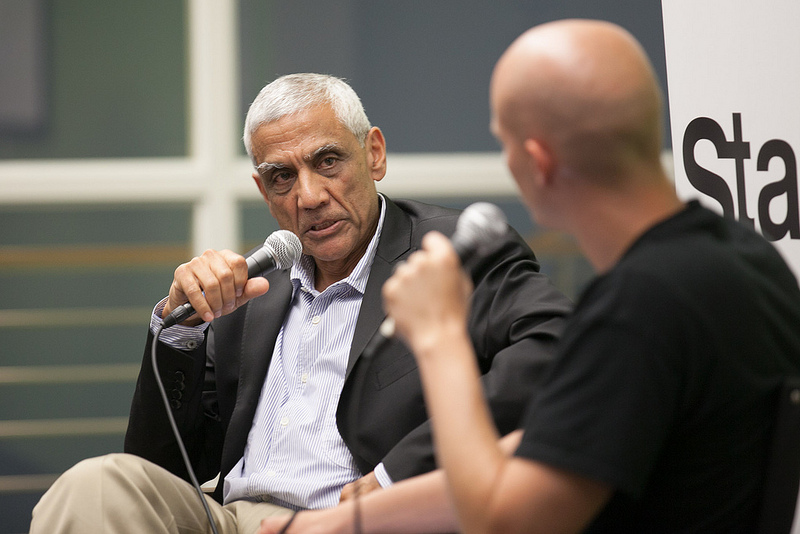 Vinod Khosla, one of the co-founders of Sun Microsystems who later went on to create Khosla Ventures, says that the vast majority of VCs aren’t in a position to offer decent advice to startups.

In fact, most of them probably hurt startups, he argued.

Michael Arrington prodded Khosla to single out VCs that were horrible on boards.

“Who is the VC who is the most full of shit that you’ve ever heard?” Arrington asked.

“I would be offending too many people,” Khosla retorted. “Maybe some percentage that’s substantially larger than 95 percent of VCs add zero value. I would bet that 70-80 percent add negative value to a startup in their advising.”

He said that most VCs “haven’t done shit” to know what to tell startups going through difficult times.

“I don’t know a startup that hasn’t been through tough times,” he said.

He said that founders should listen politely and just do what they want to do anyway.

He said of his approach toward helping entrepreneurs: “I give them advice, but I tell them what I’m uncertain about. I’m confident that I screwed up more often than most people in this room. Hopefully, I can advise entrepreneurs to avoid mistakes. But you can never be sure if you’re trying something new and unreasonable.”