Argentina’s sentiment on cryptocurrency remains strong with citizens turning to digital assets as a way to hedge against inflation.

In 2019, Argentina saw inflation hit nearly 54%, the highest since 1991. The resulting year saw the recession deepen with sharp devaluations of the Argentine peso, high unemployment, growing poverty, and increasing desperation. The inflation rate in Argentina was recorded at 40.60% in July of 2020, a slight improvement by the new administration that has come with mixed feelings from the Argentinian people.

In the wake of this ongoing economic crisis, global peer-to-peer Bitcoin marketplace, Paxful, has found that many Argentines consider cryptocurrencies the most effective way to save and protect their funds.

73.4% of participants considered cryptocurrencies the most effective way to save and protect their funds in the current economic scenario

The company released the results of an online survey carried out by Cripto 247 on behalf of Paxful in July 2020, which researche the current potential of cryptocurrency in Argentina and the overall sentiments towards digital assets, with a focus on Bitcoin and investment habits.

The survey highlighted that Argentines are willing to venture into new forms of investment due to the need to protect the value of their financial savings. This comes as a result of the economic crisis going on in the country. The data was obtained through an online survey with a sample comprising 1,113 respondents, aged 18 years to over 55 years, with a predominance of males.

According to a monthly central bank poll of analysts reported by Reuters, Argentina’s economy is expected to contract by 12% in 2020, worse than the previous estimate of a 9.4% decline, as output is ravaged by measures to tame the coronavirus outbreak. The poll of 41 analysts projected an inflation of 40.7% this year. Prices are expected to have risen by 2% in June.

69.5% of those surveyed said that they had invested at least once in cryptocurrencies, with the main reason being the ability of digital assets to provide an economic shelter from the depreciation of the local currency due to inflation

Out of a total of 1,113 responses, 69.5% of those surveyed said that they had invested at least once in cryptocurrencies, with the main reason being the ability of digital assets to provide an economic shelter from the depreciation of the local currency due to inflation (42.7%).

Cryptocurrencies have allowed citizens to regain control of their finances and have provided a sense of security that has resulted in more than half of those surveyed (67.8%) believing that cryptocurrency investments are extremely safe.

When asked specifically about Bitcoin, those who have invested in the past said they did so through careful evaluation of its global potential (53.9 %), the fact that it is decentralised (50.6 %) and, finally, its overall ability to provide security within an otherwise tumultuous banking system (49.1 %).

“During this year, we have observed a major increase in the operations carried out by Argentine users on our platform, especially since the pandemic started, registering an increase of 37.5% in the volume compared to the previous periods,” said Magdiela Rivas, Paxful’s Latin America Manager.

The survey has also discovered a certain learning curve to cryptocurrency usage within the country. 30.5% of those surveyed stated that they had not yet invested in digital currency to a greater extent as a consequence of a lack of understanding of its operation and applicability (24.2%), followed by the lack of funds to invest (12.8%), and the fear of an unknown new currency (7.7%).

This might be an indication that with more information, the number of Argentines opting for cryptocurrency investments will rise in the future.

Cryptocurrencies have allowed citizens to regain control of their finances and have provided a sense of security that has resulted in more than half of those surveyed (67.8%) believing that cryptocurrency investments are extremely safe

Given these results, Rivas commented, “We know that the crypto industry offers many opportunities that people still don’t know about. At Paxful, we are working to educate citizens and show them that there is a new alternative to invest their money, which gives them financial freedom.”

Paxful is a people-powered marketplace for money transfers. They have made it their mission to empower the unbanked and underbanked around the world to have control of their money using peer-to-peer transactions.

The company, founded in 2015, has over 4.5 million users globally who are able to buy and sell Bitcoin using over 300 different payment methods. As part of their mission Paxful also launched #BuiltWithBitcoin, a social good initiative with the goal of building 100 schools funded entirely by Bitcoin all across emerging markets.

Worldwide, trading of Bitcoin, Ethereum, and other cryptocurrencies saw a sharp spike in the beginning of 2020, according to Forbes. February witnessed a sudden new high, which the global pandemic seems to have fanned further, as the same level has sustained from March through May.

A recent study revealed that 15% of American adults are now in possession of some form of cryptocurrency, where in, almost 60% invested in cryptocurrency for the first time during the first six months of 2020.

Even in India, crypto trading has been rising steadily after the Supreme Court lifted banking restrictions for exchanges in March, reaching an all-time high in July.

Covid might be the catalyst in yet another industry for high usage. As markets around the world remain uncertain because of the pandemic and locked-down economies, crypto trading is likely to enjoy its time in the limelight for an indefinite period of time. 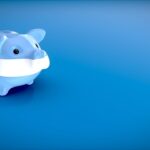