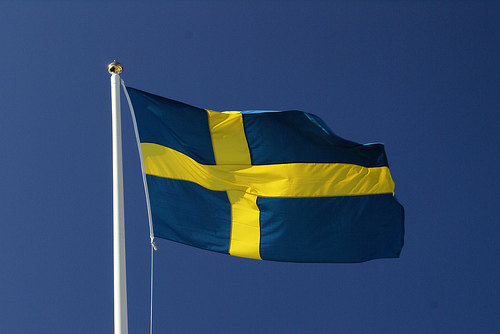 A Swedish Perspective: Is The New Technology Killing Creativity? Sweden has one of the highest broadband internet penetration in the world with more than 92 percent having access to good broadband facilities.

A Swedish Perspective consists of 3 lessons as I discovered from tpbafk.tv, a movie website for the documentary The Pirate Bay – Away From Keyboard.

Lesson 1 – There is no Conflict between Creator and Consumer :

And this is not only in Music or Film, it is for all of the different art forms that get intellectual property right contributions from the Swedish system.

What this means is that if you pay 20 Euros for a Music CD, which would be around 16 Euros after tax deductions, then the people who actually created the music get 0.32 Euros, and of course this creates an enormous opportunity.

There is no conflict between creative people and the consumers.

So why is there a conflict regarding intellectual property rights if you look around the world today?

One common way of describing the evolution of a company or a group of companies or an idea is something called the S-curve. Basically the S-curve describes that a company is born, it develops, it matures and then it dies, a common way of describing when you go from 3rd to the 4th field is that you start putting more resources in stopping the coming S-curve, instead of enhancing your own products, and the Non Creative Non Consuming Organisations, have reached that point.

Basically trying to keep the technology away, instead of improving their own offerings, and that’s why we have a conflict.

So, is the new technology killing creativity? The Non Creative Non Consuming Organisations have, basically with every introduction of new technology, proclaimed the death to creativity, as we know it. This has been from the self playing pianos to the internet.

Fortunately they have been wrong every time. All people are naturally creative and to create is an integrated part of life. Of course everybody has different skill sets. But the new digital technology has super empowered every kind of creative expression.

Not only the creative process itself has been empowered but all aspects of creative life, such as, global participation, global sharing and global remixing, and creative people that share and remix each others work, have created a super productive culture, sometimes called a community, that has produced unique projects such as the open source revolution and Wikipedia.

So creativity is basically exploding with all these opportunities.

You can watch the videos from the links below or from the movie website at TPBAFK.TV/video