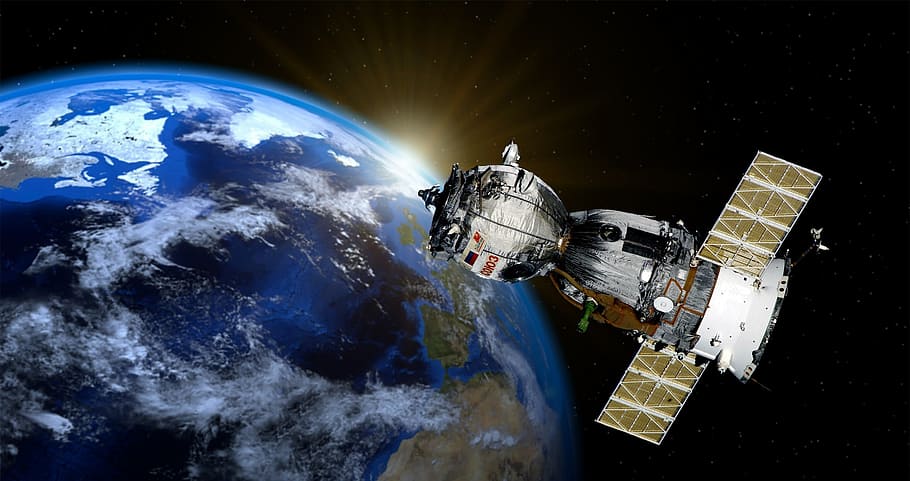 Employees of this aerospace and defence startup own a piece of their company.

AADYAH Aerospace Pvt. Ltd., a space and defence startup based in Bengaluru, is the first in this space to offer employee stock options. The startup is also creating an integrated ecosystem of satellites to help the younger generation.

The Tech Panda spoke to Shaju Stephen, Chairman of AADYAH Aerospace. Aadyah, a Sanskrit word, means the ‘original’ or ‘first power’, something, Stephen says, AADYAH aspired to be. 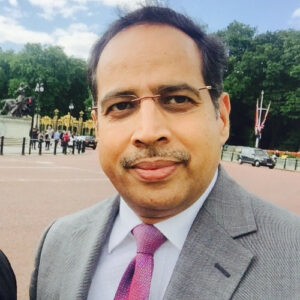 What we found was that in the middle of the spectrum, there were very few technology-driven, employee-owned companies in aerospace. And that’s why we came to address that particular niche and say, this is where we can make a huge difference in the country

“This is what we set out to do, to be a technology-driven employee-owned company. And that is the biggest vacuum, looking at the aerospace domain in the country,” he says.

He recently spoke at the virtual Horasis India Meeting, which gathered a varied group from around India and the world to discuss a post-COVID-19 situation.

Stephen set up AADYAH Aerospace, along with his five colleagues, while serving as the MD and CEO of the India subsidiary of Spanish MNC, SENER Ingenieria y Sistemas SA. The six of them owned 75% of AADYAH, while 25% was reserved for employee stock options.

“I think we are the first private-sector aerospace company to do something like that,” he says proudly.

Describing the aerospace domain in India, Stephen says they found a gap in it. At one end of the spectrum are industrial houses like Tata, Reliance, Godrej, and L&T, who have aerospace and defence businesses.

On the other end are small machine shops or electronic design and manufacturing companies, who have started doing subcontract work for Indian Space Research Organisation (ISRO) or Defence Research and Development Organisation (DRDO) labs. They are gradually trying to migrate their way up to become a technology company. AADYAH eyed the space in the middle.

“What we found was that in the middle of the spectrum, there were very few technology-driven, employee-owned companies in aerospace. And that’s why we came to address that particular niche and say, this is where we can make a huge difference in the country,” he says.

AADYAH aims to make a mark in the aerospace domain of satellites, launch vehicles, and drones, for which they are trying to bring intelligence into computer vision, communication, and motion control. Their journey is taking them from manned to unmanned.

“Globally, every company is trying to enable machines to do what human beings do. Whether it is a robot or a drone or a launch vehicle, they’re trying to enable it. Interestingly, in terrestrial systems, we are trying to make manned systems unmanned,” Stephen explains.

While cars are becoming driverless, the reverse is happening in space systems. Several discussions are on for launching more human beings into space. AADYAH is currently focused on unmanned platforms, because manned systems have typically longer project cycles, and as Stephen says, are ‘meant for people with deeper pockets.’

In satellite subsystems, they have already completed the design of a cube set dispenser, which holds the satellite in its position in the launch vehicle until it pushes it out on reaching the Leo orbit.

They are looking at doing a star tracker system next and then trying to do some optical payloads, which are essentially the telescopes and the cameras that go into space satellites. On the launch vehicle, they work only on subsystems, i.e., the thrust vector control actuation mechanism.

Apart from satellites, launch vehicles, and drones, the startup has done innovative programs for Airbus, which are part of their Airbus innovation track, which are early prototyping of concepts to deploy in future aircrafts.

One Integrated Ecosystem of Satellites

Stephen reveals that when young space startups want to launch products into space, the biggest challenge is realizing their first hardware. Keeping this in mind, AADYAH is coming up with an incubator and an accelerator for space programs at its Bengaluru headquarters.

“Realizing a hardware requires several iterations, and then rigorous testing, which a young startup cannot afford, or the Indian system doesn’t provide for. Our integrated facility would provide that to these people,” he says.

The AADYAH team comprises of talented advisers-cum-employees. With around eight people from ISRO, three stalwarts who have around 35 years of experience on satellites, four of them on the launch vehicle site, and three of them on electronic systems, it’s a hub of scientists.

With such a talented team, AADYAH is trying to provide an integrated ecosystem for satellite development in India.

“With this team, we are trying to train the younger generation. We will be the first private sector company to have an integrated system, where we want to launch an integrated facility with precision missioning, electronic manufacturing, and then of course, optical systems, over and above the engineering services that we will provide,” explains Stephen.

The initiative will also enable AADYAH to set up joint ventures with global companies in India in the same ecosystem, wherein their value add will be supplying the individual components. These companies can set up in the same facility, so that startups can do the integration and testing of their subsystems and supply globally.

“This is one integrated ecosystem of satellites that we are looking at in Bengaluru. It’s a great vision that we have, and we are just making the baby steps today,” he says.

Stephen looks forward to a time when private Indian space programs compete with global companies. This year, AADYAH is focusing on the US market, where they find traction building because of their technology.

“We are quite different from the typical engineering companies that India has. Our differentiator is that we are able to conceptualize and realize the product,” he says.

AADYAH boasts of being a design-to-manufacturing entity. They are setting up a US-based corporation out of Delaware as an entity to win tier one contracts with the US programs.

They are also seeing quite a bit of traction coming in from other space programs around the world. So far, they have raised US$3 million and are eyeing another US$25 million in the next two years.

“We have got some really interesting conversations happening in the Middle East space programs. We are seeing good traction in the far eastern space programs as well. The opportunities are out there and we’re just waiting for the right investors to come on board,” he says.