Politics,Technology and Startup Coincide – Use of Cloud Technology by Aam Aadmi Party State elections in Delhi are nearing. As the time is passing, all the political parties are trying their best to woo the “Janta” for their precious votes.

To which party I will cast my vote is a different matter, but one party which really amazes me is Aaam Aadmi Party(AAP). From nowhere to now a leading independent party and a potential for Delhi state elections, AAP has done some fine work with its out of box marketing strategies and innovative thinking and use of “TECHNOLOGY”.

The solution enables anyone and everyone (Janta in short) to become a volunteer of the party in no time and at no cost. Basically, AAP wanted to create an army of volunteers, who believe in the party’s ideology and want to contribute willingly.

Creating such a team of loyal supporters is not a child’s play, there are challenges involved.So rather finding people, AAP wanted to create a system where it’s supporters then be it housewives, doctors, engineers, labourers or basically anyone who wants to volunteer but has limited time and resources at his disposal, can come and contribute.

AAP gave it a thought and with the help of technology found a way to solve this. The party’s technical team reached out to VoiceTree and the startup came up with a unique telephony solution, simple but yet new.

Delhi based telephony startup came up with a solution where :

Once connected, the volunteer can convince him to cast his vote in favour of AAP and take his details etc. After the call, the number “B” will automatically go into a list of used numbers and a party’s volunteer will never get connected to this number again.

The beauty of the process is, AAP has made its campaign go viral without deploying any special team of volunteers which would have taken a lot of effort. It has become an initiative for people led by people. Anyone, whether he has time or not can become a volunteer. He/She have to just pick the phone and dial the toll free number and that is it.

For a person who wants to help and volunteer but is not financially well, even to make a phone call, there is no problem. As the number is toll free, a volunteer does not have to spend a single rupee. Also, both the parties involved in the conversation – the volunteer and call receiver can not see the information and details of each other.

I really have no clue to whether AAP will win the elections or not or whether their innovative marketing campaigns will work out in their favour the way they think. But I am sure of one thing, harnessing technology and using Indian startups for the solutions will surely help the Indian politics to develop a more advanced democracy. 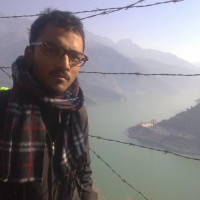 Vaibhav has a keen interest in startup ecosystem and loves reviewing and writing about it. A travel freak, engineer turned journalist, he has worked with NextBigWhat and Iamwire in his earlier roles. You can reach him at vaibhavagarwal[dot]vardhan[at]gmail.com or follow him @vardhanvaibhav.

Politics,Technology and Startup Coincide – Use of Cloud Technology by Aam Aadmi Party