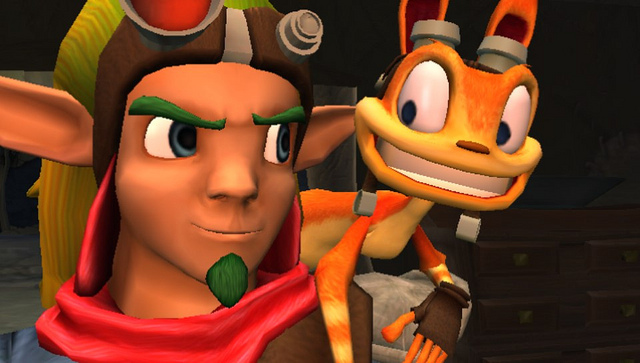 The Naughty Dog’s Jak and Daxter, a successful video game series published for Sony Playstation will be now expanded to handheld portable audience of PS Vita.

They already have few versions of this game previously for PSP, PS2, PS3 and PS4.  Jak and Daxter is very hilarious game series where the two friends Jak and Daxter want to unlock the secrets of their world.  The trilogy will include Jak and Daxter: The Precursor Legacy, Jak II, and Jak 3. All three games will be launched in complete 3D look and feel to entertain users and give them the best experience of the game. The game will be available for PS Vita users for just $29.

This series will give players a chance to explore open world opportunities and a new world of magic, adventure, exploration, and discovery, where enormous vistas and exotic characters lead you to places beyond your imagination. The player has to collect game elements like Precursor orbs, to unlock cheats in Secret Menu etc. to survive and score in game.  The game is also having story completion mission to add more score to player performance and location maps in game. There are many things in the game like Morph gun etc. to survive and kill the enemies.

The company is working towards presenting the series in a very interesting way. The touch controls have been added to this series to make the game more reliable to control. The game will also support Playstation trophy feature. All three games are likely to support HD resolution of 720p with smoother gameplay animation and visual effects. The Introduction of these series of games in PS Vita will  attract more consumers and gamers.

Here is a trailer: