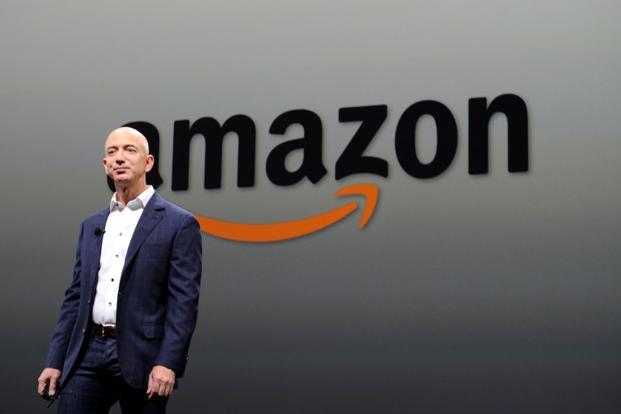 Bezos unveiled the plan on CBS’s 60 Minutes news programme, showing interviewer Charlie Rose the flying machines that can be used as delivery vehicles. The CEO said the gadgets, known as octocopters, can carry as much as five pounds within a 10-mile radius of an Amazon fulfilment centre. Amazon may start using the drones, which can deliver packages within 30 minutes, in four to five years pending Federal Aviation Administration approval, Bezos said.

“It will work, and it will happen, and it’s gonna be a lot of fun,” he said in the 60 Minutes interview.

Amazon, based in Seattle, has been ramping up ways to get products to consumers more quickly, as it seeks to keep shoppers coming back to buy from its Web store instead of going to brick-and-mortar retailers. Some of Amazon’s most lucrative customers are members of its $79-a-year Prime programme, which promises fast delivery.

To cater to these customers, Amazon last month said it was teaming up with the US Postal Service to begin Sunday delivery. The company invests heavily in distribution and delivery, which made up the largest portion of the Amazon’s expenses in the third quarter. Investors have endorsed the spending on capacity—the costs increased 35% to $2.03 billion—pushing up the company’s shares 57% so far this year even as it posts losses.

The company had 89 warehouses in 2012 and is planning 7 more this year. Amazon also unveiled plans in July to increase staff by 5,000 in 17 centres this year, and is hiring 70,000 seasonal workers in the US to meet holiday order demand.

Bezos showed the drones as growth of e-commerce sales is outstripping total retail sales. On Black Friday, e-commerce spending increased 15% to a record $1.20 billion as more consumers opted to shop from their couches rather than battle long lines at stores, according to ComScore Inc. Amazon ranked as the most visited online retail store, said ComScore.

Online shopping is also anticipated to be heavy tomorrow, the Monday after Thanksgiving that is dubbed Cyber Monday for the number of Web deals that retailers offer. ComScore has projected that Cyber Monday sales will increase more than 20% to about $2 billion.