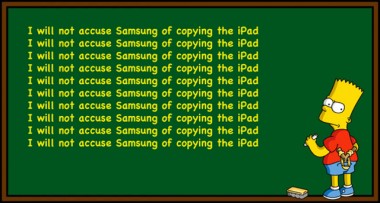 Apple Inc. was ordered by a judge to publish a notice on its U.K. website and in British newspapers alerting people to a ruling that Samsung Electronics Co. didn’t copy designs for the iPad. A humiliating twist of the knife for Apple, which has repeatedly accused Samsung of “slavishly” copying its mobile devices, branding the company “a copyist.” The order means Apple will have to publish “an advertisement” for Samsung, Richard Hacon, a lawyer for Cupertino, California-based Apple, told the court. “No company likes to refer to a rival on its website.”