Call it an “acqui-hire.” Particle was founded in early 2008 and has some celebrity financial backing. Pop star-turned-actor Justin Timberlake is an investor and helped fund short social video service Robo.to, which Particle created. Sources with knowledge of the deal did not know the selling price.

The company has done HTML5 work for Google, Motorola, Amazon, Yahoo, Sony, and Apple. The group has also created some “labs” projects including Intervue.me, an asynchronous video interviewing project.

The deal went through late last month, though not all its less than a dozen employees stayed on to work at Apple. Those who did are listed as “creative technologists” as well as one “user interface engineer,” according to their public LinkedIn profiles.

Several of Particle’s employees previously worked with Yahoo as part of its user experience design group. Founder and Chief Technology Officer Aubrey Anderson also consulted for Apple between 2006 and 2008, according to his LinkedIn profile.

As for the purpose of the buy, Apple has put a big focus on HTML5 on its product pages, iAd advertising, and on iCloud.com, which serves as one of the only places Apple has true Web applications. According to Particle’s about page, the company had a similar ethos, though with an interesting twist (emphasis mine):

HTML5 and the WebKit rendering engine already drive the web experience on devices like the iPhone, iPad, and Android, but are increasingly becoming the lowest common denomination on the desktop web in next generation browsers like Google’s Chrome, and Apple’s Safari. Particle has chosen to focus on this technology so intensely because we believe it will soon be the rendering engine that powers a new universe of light weight and embedded applications from set top boxes to game consoles to Chrome OS and Android devices to portable telephony and media devices of all kinds.

Apple rarely announces its acquisitions, and the pickup of Particle sticks out compared with some of the company’s recent buys. Those include app search company Chomp, which Apple bought in February and has since shut down, as well as last year’s Israeli flash memory maker Anobit, which reportedly cost close to $400 million.

Even though it doesn’t fit in with those purchases, Particle’s history with Apple points to how Apple might utilize some of its team:

“Particle brings positive and energetic relationships with Google and the Chrome team specifically, as well as great Apple relationships and execution experience around iAds, iTunes Extras, and Apple.com. We have participated in and piloted much of the technology which will display the next generation of advertising and deliver media content for the next decade.” 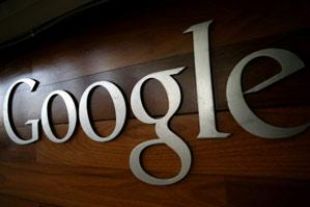 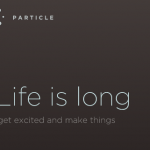