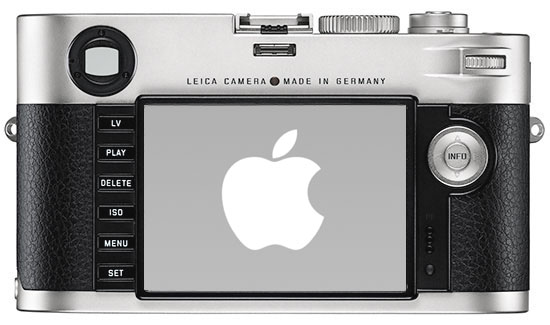 Do you love the design of Apple products? Do you have infinitely deep pockets? If you said yes to both questions, then I have some good news for you.

This camera will be the mother of all limited editions based on one simple fact: only a single unit of the camera will ever be produced.

Aside from announcing this camera, not much else was revealed. It is, however, for more than just a publicity stunt: the camera will be auctioned off, and the proceeds will be donated to charity.

So, get ready. If you’re one part Apple fanboy, one part Leica fanboy, and all parts extraordinarily wealthy, then you’re going to want to pull out that checkbook soon.

Update: Some more info on this: Leica tells me that Jonathan Ive was supposed to attend the event last night to announce the collaboration. When he ended up not being able to make it, the company was planning to scratch the announcement from the itinerary. However, Dr. Kaufmann just went ahead and announced it anyway. It was done so quickly that most people didn’t seem to catch it.

Regarding the auction: it will be done in collaboration with Bono, the lead singer of U2. We’re not sure whether this is with CodeRED or with some other effort.

The camera won’t be unveiled anytime soon, as the design process hasn’t even started yet.