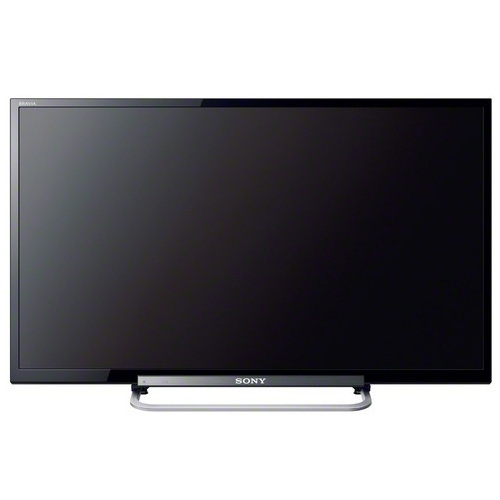 If you are out for buying a television set this holiday season, you must be wanting the one with some smart features such as Internet connectivity and screen mirroring. You can have a look at all the models from this Sony TV price list no matter what your budget is, you’ll find a model according to your liking. The Sony Bravia KDL-32W670A is one of such television set that you might want to consider. It also has a 42 inches version names as Sony Bravia KDL-42W670A. Both of them come with all the latest connectivity features along with some interesting apps but are these features worth using in day-to-day life or just gimmicks? Let’s find out! Coming to the design, the W760A comes with a very thin bezel with metal finish paint job. The whole TV set is very thin at least on the top half while the bottom is a bit fat, which is same for every other competitor in its price range. There is an illumination LED light at the bottom, just below where the Sony logo is present. It glows in attractive white, blue and green colours which really enhances its beauty. It weighs 8 kgs with the stand which is fairly light. If you need to move it to a different place for some reason, it won’t be a hassle.

The KDL-W760A comes with a PS3 themed UI. As soon as you turn on the TV for the first time, it runs a setup which asks you to agree some terms and conditions, connect to a wired or wireless connection, etc. According to me, Sony has the most simple yet effective UI for TVs compared to other brands. The whole UI is simple, fast, uncluttered and intuitive. The whole UI uses mono-coloured rich icons which makes it appear pleasing to the eyes.

The whole UI is divided in to 5 main parts; Video Inputs, Apps, Recent and Settings. Video Inputs displays all the sources from which the TV can play video/audio/image. The Apps section, which is named as SEN (Sony Entertainment Network) has a collection of around 50 apps but only a couple of them are really worth using. The Recent tab shows 5 recent things you’ve used, be it apps or video input. The Settings gets further divided in to picture settings, audio settings, wireless connectivity, etc. The Sony W670A also received a software update at time I was reviewing it. The software update was about increased security and reliability.

The remote control is really well-thought out and easy to use. The buttons are smooth and the remote control unit is very light-weight. The IR reception is really great and it needs a couple of AAA batteries to operate. Sony has also developed separate apps for Android, iPhone and iPad which can be used to connect to TV and control it over the WLAN. The apps are quick and there is no lag whatsoever in operation, every command is instantly acted upon. Although I has an issue in the iPad app where the remote control UI kept on disappearing after a couple of minutes, and kind of irritated me. The remote control apps (named Sony TV SideView) also has a very handy option where the on-screen mobile phone keyboard can be used to type on TV, like when using YouTube or Web Browser in the TV. You can also use your mobile phone as a touchpad/mouse while browsing the web on TV.

Even with all those fancy features, the image quality is at the front of a consumer’s mind while making the buying decision. The image quality performance comes out as a winner in its price range. The W670 and the W700 series of TVs in Sony’s 2013 line-up loses the Tri-Luminuous panels which are offered in the high-end The brightness levels are highest than any other model from competitors. The viewing angles are very slightly affected as you move away either side from the 90 deg causes some very minute fade of contrast and blacks starts appearing as very dark shades of grey. Other than this slight issue, there’s not even slightest of complaints in any regard.

There are no problems in fast paced scenes such as sports or action shots, thanks to a 120 Hz panel. Although Sony advertises this panel with 200 Hz refresh rate, the panel is really only 120 Hz which can cause some sort of repeated frames during fast paced action scenes.

I found that Sony’s X-Reality Pro image engine does a really good job of upscaling content to 1080p resolution. I used a SD set top box (Tata Sky +) with DVR functionality while reviewing the W670A. With a distance of 4 feet away from TV, the SD content didn’t look that bad and was manageable.

There are 2 full range speakers (30 x 60 mm), each with 5 W RMS output. Sony has included their S-Force pseudo-surround sound technology as well as S-Master audio amplifier. The overall audio is clean but nothing impressive as such. I found that the vocals aren’t recognisable at default sound settings. The bass is almost non-existent while the treble is normal. The volume is  only sufficiently loud and if you want to experience any kind of rich audio, you better buy a home theatre system or a sound bar and connect it to TV.

The TV set has only 2 HDMI inputs, less than what competitors like Samsung 5500 and LG 32LS5700 are offering. But Sony has a lot of next generation connectivity options such as Wi-Fi, Wi-Fi Direct, Ethernet, DLNA and Miracast. Out of 2 HDMI inputs, one port is MHL enabled which means that you can connect your MHL certified smartphone or tablet for screen mirroring while it can simultaneously charge the device through TV power.

There are only 2 HDMI inputs, while others are offering 3 or even 4 HDMI inputs but the inclusion of Wi-Fi Direct and Miracast kind of makes up for that. Also, if you have a media server in your WLAN, like Plex, you can stream all your media wirelessly to the TV. My set up of Plex Media Server worked wonderfully and the videos streamed without any lag. The Miracast experience was great as well with almost no lag except while playing heavy games such as NFS Most Wanted on my Xperia Z1 smartphone. The Wi-Fi Direct allows playback of multimedia content from your compatible smartphone/tablet/laptop to the TV without any need of being connected to a Wireless Access Point. The only missing piece in its wireless connectivity portfolio is Bluetooth which comes in handy for wirelessly streaming music from your devices such as smartphones or tablets.

There is a single USB port on the left side of TV which can be used to connect flash drives or external hard disk drives for playing multimedia contents stored in them. The TV supports storage devices with FAT, FAT32 or NTFS file formats. Other than that, the USB port can’t be used to connect devices like mice and keyboard.

There are options for connecting component and composite video sources such as older DVD players, home theatres and set top boxes. There is an 3.5 mm audio output port which can be used to connect headphones or other compatible stereo/2.1 speaker systems. All the ports have good accessibility as almost all of them are located on the sides rather than the back of the TV.

There are 3 primary contenders in this price range; LG 32LS5700, Samsung 32F5500 and Sony KDL-32W670A. The LG 32LS5700 was released last year so it kind of misses some features such as Miracast, which is most widely adopted standard as of now. Although it has Intel’s Wi-Di wireless screen mirroring technology but the problem is, none of the famous smartphones have Wi-Di support as of now. Only laptops and Wi-Fi enabled desktops powered by Intel’s new generation processors support this technology, so you can mirror your PC/laptops screen to LG’s television. Coming to the Samsung 32F5500, it has all the features on paper but when I tried the TV in real life, I found its UI hard to navigate and kind of childish to look at. Even the AllShare Cast screen mirroring tech doesn’t work properly with smartphones or tablets other than Samsung branded ones, whereas, the Sony W670A worked almost perfectly with smartphone from LG, Sony, Samsung and HTC. If you want to save money, you can opt in for Panasonic TH-LED32E6D which is selling for around INR 41K in the market but lacks any kind of screen mirroring but an app from Panasonic lets you control the TV, use apps, web browser or share multimedia files using DLNA. The Panasonic model also features louder 20W RMS speakers, which is louder than the ones used in Sony W670A.

When you look at the price tag, you will realise that Sony is charging the highest for the features that they are providing. Others like Samsung and LG offer around INR 2-3K for the same features and offer more ports for connectivity.  So why are you paying higher amount for W670A exactly? The image quality is not exactly much better than the competing brands but you are investing in better, faster user interface, brand and nicer exterior design. If you have Sony devices in your home such as an Xperia smartphone or a PlayStation 3, you should totally buy the W670A over others due to better inter-connectivity and compatibility. Overall, the Sony Bravia KDL-32W670A is the best 32 inch LED backlit LCD TV that you can buy right now if you are hunting for a smart TV with wireless connectivity features. 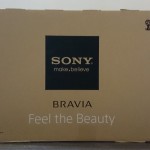 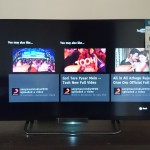 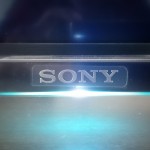 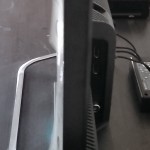 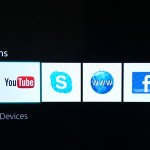 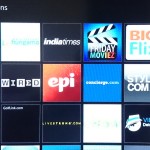 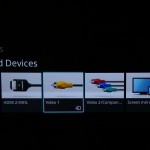 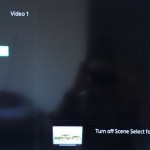 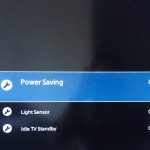