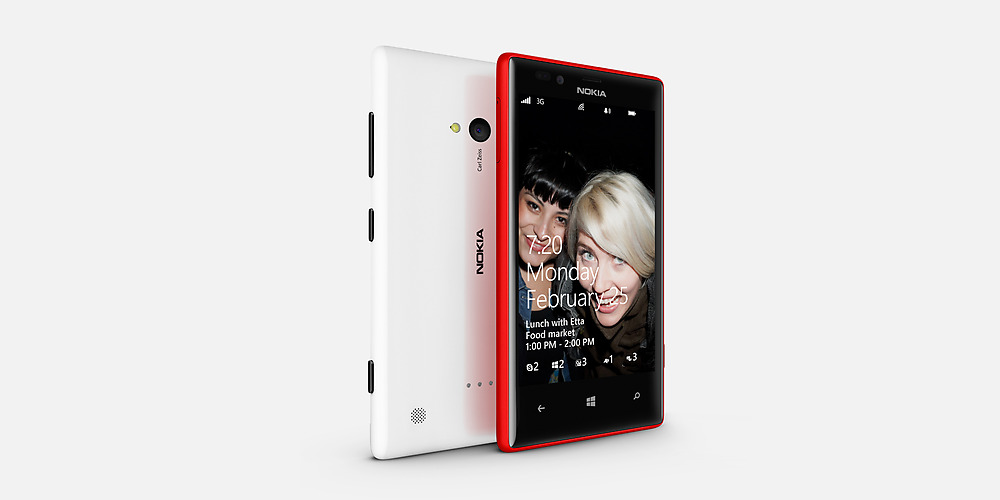 The smartphone market has almost all types of phones. There are the powerful ones, who bring to you the best of the computing you can have on your palms. Then there are those with gigantic screens, who promise to deliver you the best of productivity and entertainment. And then there are those whose sole purpose is to capture your beautiful memories. More and more people are using their smartphones to take pictures and share on social networks. This has led to creation of phones with great camera technologies. In this post, we discuss some of the best camera phones, within the affordable price range of INR 20,000. The Lumia series has been successful, but not as much as Nokia would have wanted. In the Lumia series, Lumia 720 is sort of the middle child. Up the ladder you have Lumia 820, and down the ladder we have Lumia 520 and 620. Lumia 720 comes with a 4.3 inch IPS LCD screen, with a resolution of 480-by-800. As of other specs, it has a dual core 1 GHz processor, Adreno 305 for graphics, 512 MB of RAM, and 8 GB of internal memory. As for the camera, it has a 6.1 MP camera at the rear, with a LED flash. The camera has Carl Zeiss lens technology, which makes it pretty much the best sort of camera in the smartphone market. The LED flash and F/1.9 aperture lens handles the low light conditions very well, and the camera app for Windows Phone 8 is very well equipped. There’s Bing vision, which lets you scan bar codes and return related results. What makes the phone enticing is its smoothness. The Windows Phone 8 works like butter in the phone, and the interface is refreshingly new if you are coming off Android or even iOS. The Nokia Lumia 720 price in India is around INR 17K, which makes it a great buy. Galaxy Grand comes with a 5 inch TFT display, 1.2 GHz dual core processor and 1 GB of RAM. The phone comes with an 8 MP, with LED flash, and a 2 MP front facing camera. Along with high pixel count and image stabilization tech, the phone produces good images. The camera has zero-shutter lag technology, panorama images and full HD video recording. The large screen and preloaded Android 4.1.2 Jelly Bean lay the prefect to help you work and play, while you take amazing pictures! Galaxy Grand is just on the tip of INR 20K range. It is partly because of its all-round quality and partly because Samsung amazing sophisticated hardware. Nokia Lumia 620 is pretty much an entry level phone in the Windows Phone 8 platform. The only phone below it, in terms of price, is Lumia 520. However, the phone comes with a collection of great features, such as NFC, Cloud service and Sound enhancements from Dolby. It is powered by a 1 GHz dual core processor, along with 512 MB of RAM and comes with a 3.8 inch display (480-by-800 of resolution). Lumia 620 comes with a 5 MP rear camera, and front facing VGA camera. The rear camera can capture video at 720p, and comes with the Nokia’s propriety City Lens app. The quality of images is superb, and is certainly more than what is expected from an entry level phone. Also, there various kinds of ‘Lenses’ which can change the functionalities of camera. Also, with the upcoming ‘Amber’ update, this phone will get the new ‘Nokia Smart Camera’ which will bring with it, a lot of features. Windows Phone 8 is another bonus. It comes with a price of INR 13.7K, which is a very good price to pay for the features at the offering. A recurring strategy with Nokia phones has been to flaunt the camera. Nokia 808 PureView isn’t a new phone. Before it, Nokia N8 had been the phone with the best of everything. Nokia 808 PureView comes with a whopping 41 MP camera! It has a 4 inch ClearBlack AMOLED display, with a bulky body of 13.9 mm. The phone bulges out near the camera, to house the powerful camera. Hands down, this is the best mobile phone camera till date and not even the likes of Galaxy S4 and HTC One have been able to defeat it in terms of pure image quality. There are many more things that balance the equation. But 808 PureView comes does something called, “pixel oversampling”, which is basically binding many pixels together so that they perform better. The camera has many modes for taking pictures. One can choose at what resolution one wants to shoot. Then there is an extensive set of other tools for tweaking the shooting mode. The camera can also record videos at 720p. The biggest problem with phone is that it is Symbian. That cuts you off the lively app stores of Android or Windows Phone. The price tag of INR 16K might look a little hefty for an old phone. However, there is little dispute that Nokia 808 PureView has the best camera in the current phone market. Xperia U comes in the lower range of phones for Sony Android smartphones. It comes with a 3.5 inch display, with a resolution of 480-by-854 pixels, giving it an impressive pixel density of 280 ppi. It is very stylish, and can be a great way to show off. It is powered by a 1 GHz dual core processor and 512 MB of RAM. These specs are more than good to carry off Android 2.3.6 Gingerbread. It comes with 5 MP camera with many tacky features. There is a dedicated camera button, which can be used to access the camera even from the locked state. Then there are the usual camera apps. All these add up to fine photography with the phone. For a price of INR 12K Xperia U offers more than expected, especially when you take the stylish looks of the phone.

Camera phone market would only get crowded as more and more manufacturers will try to squeeze in better tech. So, even if you are strapped on the budget, you still have a lot many phones at offering.