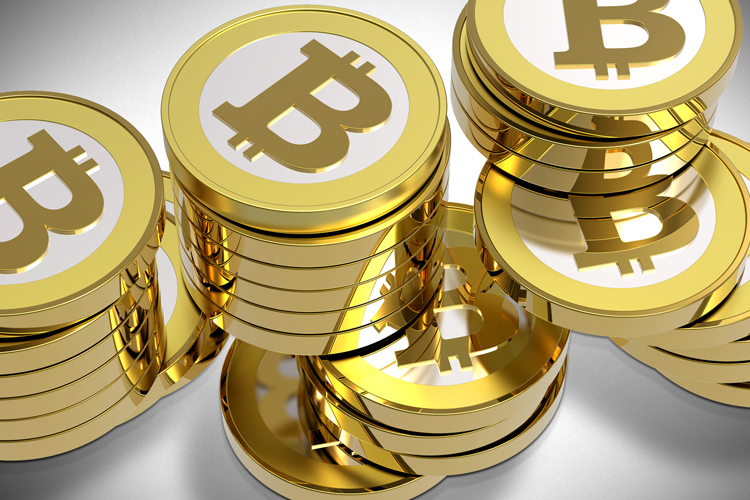 There has been a lot of buzz around Bitcoins of late with the new-age currency gradually gaining popularity across the world. For those who haven’t heard of this new-age currency, a Bitcoin is an all-digital, cryptographically-made currency. Bitcoins are generated or “mined” by computers that solve complicated mathematical problems and algorithms on the Bitcoin network. The work and the complexity of the puzzles decide the value and the availability of Bitcoins in the network. The entire Bitcoin network or ecosystem is made up of miners, exchanges, speculators, consumers and merchants.

A few pioneers and early adopters of the Bitcoin trend in India have been doing some interesting work. This is what they had to say about the opportunities that have opened up to start-ups and entrepreneurs, the challenges that they face and the future of Bitcoins in India. Mahin Gupta, CTO of Ahmedabad-based BuySellBitco.in, India’s first and most trusted Bitcoin trading platform says – “It is a very new market at the moment and an emerging one too. There are some awesome markets and business opportunities waiting, the major ones being exchange operations, payment processors, wallet services, money transfers and micro payments. On top of that we can see that if Bitcoin gains traction, services around computer and wallet security, hardware designed for Bitcoin wallets (both computers and other hand-held devices), Bitcoin education or awareness programs, business consultancy can be sectors where one can expect good opportunities.” Sumit Ghosh is the CEO and Founder of Zuckup Payments Pvt Ltd, a Bhilai-based company that has developed a mobile wallet for Bitcoins and also India’s real time Bitcoin exchange, bitcoinex.in that facilitates the buying and selling of Bitcoins, which would be operational from January 2014. When asked about the employment opportunities and opportunities for start-ups in the Bitcoin space, this is what he had to say – “Considering Bitcoin is the new age digital currency, it will create its own ecosystem that will require geeks/hackers, programmers and entrepreneurs to extend it into the global economy. Bitcoin will change the way we transact on the web and mobiles today, specially with regard to micro payments. Payment or monetary systems that are in use today are not designed for the present day internet. The Bitcoin system though has been thoughtfully designed for the internet age. I foresee a lot of entrepreneurs setting up online Bitcoin exchanges, Bitcoin Mining companies (hardware and software), Bitcoin-based payment processing companies like Bitpay, Mobile Apps for Bitcoin transactions, Bitcoin mining farms, market places to buy/sell Bitcoins (such as Unocoin and BuySellBitco.in). There is immense potential in this space and things are just shaping up. I am sure as more and more Indian entrepreneurs jump into the fray, we will see a lot many innovative ideas popping up. Bitcoin transactions will be replacing cross border bank wires completely. Things like Western Union and MoneyGram will be things of the past. People will just send you Bitcoins which you could cash at your nearest exchange after adhering to the KYC norms – all automated and online.” According to him the E-commerce sector stands to benefit tremendously as payments made via Bitcoins involve zero-transaction fees. The burgeoning opportunities opening up in the Bitcoin field is best summarized by Benson Samuel, a Bangalore-based Developer and Consultant for Bitcoin and founder of coinsecure.in who says – “It would be easier to answer the kind of opportunities that are not available in the Bitcoin space in India rather than the ones that are available.” His wife has caught on the Bitcoin bug too and is in the process of incorporating a company that would be engaged in service offerings in the Bitcoin space. Gupta says that online payments, remittances and micro payments will see a dramatic change as Bitcoins gains popularity. He says that – “These sectors can hugely benefit by using the unique properties of Bitcoin. The issue though is that most of these sectors are highly regulated and have a huge entry barrier with regard to licensing and registration norms, so I doubt a small start-up without adequate backing and funding can change lot of things in these sectors.” He adds, “The big players need the assurance of the regulators to start something in the Bitcoin space. We should not forget the fact that mobile adoption in India is huge and it gives a person the basic instrument to store and use Bitcoins easily. I am sure that one day we will see people paying via Bitcoin or some other version of cryptographically-made currency while shopping online in India.” Rajesh Kumar S A, Head of Engineering at Streamoid Technologies

Considering that the adoption of Bitcoin is still in its infancy in India, there are bound to be a few challenges that entrepreneurs are likely to face. According to Rajesh Kumar S A, Head of Engineering at Streamoid Technologies, a two-time Yahoo! Hack winner and an early adopter of Bitcoin, some of the political and legal aspects prevalent in India are few of the main challenges that start-ups and entrepreneurs face. He says that if Indian regulators come up with a clearly-defined policy with regard to Bitcoins, many more technology companies would come forward to build products and services around the Bitcoin ecosystem given the availability of technical talent who have the understanding and skills needed to adopt virtual currencies.

Gupta thinks that the biggest challenges are with the regulation framework and says – “Since Bitcoin can affect mainly the financial aspects of the society, I do not see a lot of political challenges, but yes the regulators will have to think about its implications before they create guidelines for its usage. The most challenging part would be technical I guess, as it is a very unique concept and a bit too technical. It is sometimes too difficult to understand the whole concept. On top of it storing and using Bitcoins as of now requires you to follow strict security practices, else you may lose your Bitcoins.”

Ghosh who was a speaker at the recent Global Bitcoin Conference held in Bangalore had the opportunity to interact with a few bankers and RBI officials says that at the moment the RBI and other regulatory authorities are adopting a wait and watch approach before formulating a policy to govern the Bitcoin space.  He hopes that the Indian government, in the near future, understands the Bitcoin ecosystem and its potential to create new jobs in addition to bringing in a lot of investment to Indian shores which would go on to make the country the Bitcoin destination of the world.

Samuel is of the opinion that one of the pressing needs that has to be addressed in India is the setting up of a fluid exchange and goes on to say that INRBTC.com is coming close to delivering something solid on those lines. Vishnu Y, Founder of INRBTC.com, an online trading platform based out of Hyderabad that facilitates the buying and selling of Bitcoins in Indian rupees says that as of now Bitcoin holders are limited to techies in Bangalore, Hyderabad and Mumbai but are slowly expanding to the other parts of India.

The heightened interest around Bitcoins has also caught the fancy of Gaurav Burman of the Dabur family who recently invested in itBit, a Singapore-based Bitcoin exchange who plans to bring the platform to India over a period of time. He believes that a credible Bitcoin exchange platform that facilitates conversions into other major countries of the world in both a secure and transparent way will fuel the wider adoption of the currency as a preferred payment medium.

Undoubtedly the Bitcoin space is bursting with exciting developments and opportunities that have the potential to redefine the way online payments are done. According to Samuel, this new form of currency is akin to decentralized technologies such as the Internet or Linux that are not reliant on any kind of brick-and-mortar infrastructure in order to propagate and spread. However the challenging bit is explaining to the regulators that this is a technology that cannot be shut down or banned. The skepticism that exists in some of the entrepreneurs that the government would ban Bitcoins which could impact their businesses need to be addressed in the right manner to assuage any doubts and fears in the minds of the budding entrepreneurs who wish to make a mark for themselves in the Bitcoin space. He strongly feels that it is only a matter of time before the widespread adoption of Bitcoins in the online world.

Gupta’s company is working in this direction by developing a platform for both online merchants and physical stores to accept Bitcoin as a payment mode. As a parting thought, he says that a majority of Bitcoin users in India are speculators and investors and as such individuals who wish to trade in Bitcoins should be careful and only invest money that they can afford to lose. Rajesh believes that even though it is in a nascent stage, the Bitcoin ecosystem needs products and services that would make it easy to be integrated in e-commerce portals along with making it more customer friendly. He is also optimistic about the opportunities opening up in the areas of Bitcoin mining and the setting up of mining pools in India.

Having worked in the IT industry for over 13 years primarily with startups in the e learning domain, Vishal loves reading and writing about them. He is particularly impressed with startups and entrepreneurs who work on out-of-the-box business ideas. In his spare time he loves to read, listen to music and cook. You can reach him at vishal[dot]makhija[at]gmail.com.