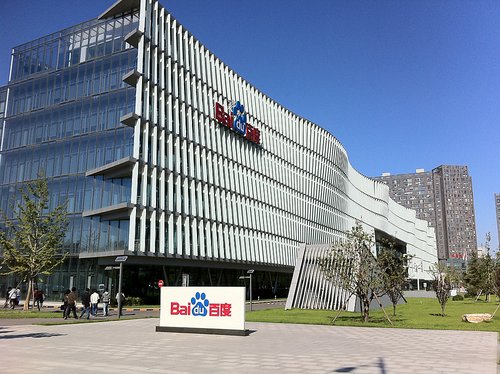 Baidu, the Google of China, has some big plans for the future. Baidu now has a small office building next to a strip mall in Cupertino, California, about an hour south of San Francisco, and if you walk inside, you’ll find a California state flag and a cardboard cutout of R2-D2 and plenty of Christmas decorations — even though we’re well into April.

In late January, word arrived that the Chinese search giant was setting up a research lab dedicated to “deep learning” — an emerging computer science field that seeks to mimic the human brain with hardware and software — and as it turns out, this lab includes an operation here in Silicon Valley, not far from Apple headquarters, in addition to a facility back in China. The company just hired its first researcher in Cupertino, with plans to bring in several more by the end of the year.

Baidu calls its lab The Institute of Deep Learning, or IDL. Much like Google and Apple and others, the company is exploring computer systems that can learn in much the same way people do. “We have a really big dream of using deep learning to simulate the functionality, the power, the intelligence of the human brain,” says Kai Yu, who leads Baidu’s speech- and image-recognition search team and just recently made the trip to Cupertino to hire that first researcher. “We are making progress day by day.”

If you want to compete with Google, it only makes sense to set up shop in Google’s backyard. “In Silicon Valley, you have access to a huge talent pool of really, really top engineers and scientists, and Google is enjoying that kind of advantage,” Yu says. Baidu first opened its Cupertino office about a year ago, bringing in various other employees before its big move into deep learning.