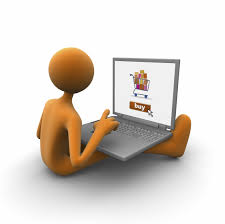 How E-commerce Companies are losing Out in India?

E-commerce is a industry is reaching new heights almost every day in India. News of Napser Technologies acquiring Redbus.in for a huge some or reading news about Flipkart.com raising million dollars for their expansion. Small E-commerce companies being bought by big one’s or the ones who can raise money is buying the one’s who cannot!! India’s e-commerce market was worth about $2.5 billion in 2009, it went up to $6.3 billion in 2011 and to $14 billion in 2012, $ 1 billion in 2013 and is expected to touch whopping $56 billion by 2023 which will be 6.5 per cent of the total retail market.

Now, lets look at the Top Ten Players in Indian E-commerce Market . According to a recent survey conducted by DesiDime amongst 3500 respondents, following are the Top 10 Online stores in India

India has internet base of around 137 million as of June,2012.Having close to 10% of internet penetration in India throws a very big opportunity for online retailers to grow and expand as future of internet seems very bright. Getting new users, more sales and making million dollars story is not limited to US now, yes it is reality in India too! Let us look at some internet penetration no.’s presented by IMAI: Various factors like ease of shopping from home, getting good discounts, home delivery, no traffic congestions to be faced are some of the factors helping E-commerce industry grow in India.  And then there are factors which is hampering E-commerce growth in India like lack of trust , not able to touch and feel the item which consumers want to purchase etc. Let us see one very interesting infographic about why people do not buy online in India.

Sounds interesting till now. Now you must be thinking about why am I talking about E-commerce players losing out in India? Having such great population, growing internet penetration or popularity what are the challenges Indian E-commerce player are facing?

First of all let me give some broad expenses which occur when you start an online shop which is fairly a national level and not just a website which generally people thinks.

When you start a e-commerce shop online you need a great designed website , hosting services , a team which has developers (website), designers , sales and marketing people , execution team. Hang on you might have an argument that you can start with one or two guys but that applies to largely SAAS kind of products or content based online ventures and no E-commerce at all. Now just add costs of everything I mentioned above plus office, advertising etc.

Time to throw some reality on why E-commerce is not that easy as it seems and it is more bleeding then normal retailing.

The total funds raised by e-tailers plummeted sharply to $0.5 billion in 2012 from $5 billion the year before, according to a joint report by E-tailing India and comScore. In other words, no fresh money has come in the e-commerce space, except in rare cases such as Flipkart and Snapdeal, paving the way for consolidation. So, why are investors staying away from the $125 billion e-commerce industry, at a time when the world’s largest online retailer Amazon is making a beeline to India?

According to Anand Lunia, Partner, India Quotient, a venture capital firm that invests in e-commerce space, investors have become more selective in their choice of portfolio in this space.

Lunia said, “Real funding started in e-commerce space in 2010 when valuations were high but now they have hit rock bottom. People are raising lesser money than before with very few VCs willing to put money in e-commerce today.”The cautiousness stems from many players having burned their fingers by investing in companies that had wrong foundation to wrong business models.”

Indian e-commerce companies continue their struggle towards breakeven given the low preference for making payments online, lesser number of online shoppers with adequate disposable income and several early players spoiling the market for later entrants by setting a bad precedent,” he added.

The number of complaints related to online frauds in the country has gone up by 30 per cent in the past two years, according to online consumer complaint forum Akosha. Its CEO Ankur Singla said: “Most of the complaints were related to deficiency in delivery, refund issues and non-delivery of goods reflecting non-trust.”

“Bad quality of logistic providers and vendors resulted in a bad experience for the users. It was not as if these companies were bad per se but their vendors were taking them for a ride as companies had not been careful. This worsened the environment where buyers were already struggling to trust swiping their credit card for online transactions,” added Lunia.

E-commerce companies had started business for two simple reasons: easy of start and minimal investment but they failed as scaling up became difficult owing to huge investments needed in brand building and customer acquisition.

According to various Web sites such as Next Big What and consulting firms such as Technopak and Grant Thornton, about 100 to150 e-commerce ventures have folded up in 2011. Over two dozen have already shut shop this year. The mortality rate is high, especially among the e-tailers, and we expect the numbers to increase manifold this year. The market structure right now doesn’t allow profitability and hence not a single company in the space has posted profits so far.Price war among the firms, many of whom burned huge cash on promotions and marketing, ended up going under or getting acquired by larger players.

One of the other major factor apart from price war is cash on delivery mode which hurts bottom line of cos like Flipkart, Snapdeal due to extra associated costs. Ecommerce companies may be growing at an explosive pace, but their overdependence on cash-on-delivery mode of payment remains worrisome, particularly since online retail ventures in India are not yet profitable.

Cash-on-delivery, where customers pay for products at the time of receiving them, still accounts for up to 60% of transactions, according to a study by Internet and Mobile Association of India and audit firm KPMG. This, despite sales at some of these ventures expanding at over 500% annually. With the additional processes required for cash-on-delivery orders, their longer payment cycle, higher instances of returns and associated costs are hurting margins.

These transactions add about 3% additional costs which  translates to an increase in cost by at least 30 per transaction for E-commerce companies. Saurabh Malik, business head at Indiatimes Shopping, said ,”Extra costs are incurred for the additional verification calls for cash-on-delivery orders, collection charges by courier companies as well as two-way transportation charges in case of returned goods.”

“The problem of returns is that we have to bear the courier charges for the return and goods can get damaged during the returns process,” said Ankit Khanna, Snapdeal’s vice-president of product management. Online retailers also have to wait until the delivery happens and for the courier companies to settle accounts before they receive the money. Leakages, which ecommerce companies claim is under control, is still a concern.

The biggest challenge for E-commerce companies in India is to remove or get away from Cash on delivery as soon as possible then only they can survive and build bigger organizations like Amazon of US or Alibaba of China.

On a lighter note, if E-commerce companies in India cannot reinvent themselves they will serve as platform for unemployed. Start a online shop, raise funds , get some good salary on investors’ money and shut the shop in a while !