The competition for Google’s Android and Apple’s iOS is slowly building up. Earlier this month we reported the Ubuntu Phone OS. Today, it is the Firefox OS for mobiles.

This week Mozilla announced the new Firefox OS developer preview phones because they believe that developers will help bring the power of the web to mobile. These developer phones are being developed by Geeksphone in partnership with Telefonica and Geeksphone. Mozilla plans to make them available in February.

The phones will be available in two models – Keon and Peak. The specs are listed below.

If you’re a developer interested in web technologies and mobile, you can try out Firefox OS.

You can try out Firefox OS and your app (if you created one) in several different ways:

Captio Expenses - An App to Declutter Your Pockets 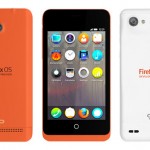