Through pedophiles using the social networking site to trade explicit images of children – some only newborns – to online prostitution sites openly enticing men to ‘like’ their pages and use their ‘services,’ Facebook is the new home of human trafficking. Sometimes truth is stranger than fiction. And when it involves Facebook, the truth is often even stranger; reportedly five people have been arrested in India in connection to the Facebook sale of a baby – including the boy’s grandfather. We all know how badly our country is facing the menace of human trafficking, we guess it is just going to get aggravated thanks to the social networking sites.

Feroz Khan, 47, from Ludhina district of Punjab apparently kicked off a bizarre string of events when his daughter gave birth in a hospital. He lied to her about the baby being a stillborn, and then kidnapped the newborn to fulfil a sale to one of the nurses. It didn’t stop here, the nurse sold the baby to a lab attendant, who used Facebook to complete the deal with a businessman from New Delhi. Finally the baby was found from the same man’s house in New Delhi,

Khan initially sold his grandson to the nurse for $830. The lab assistant bought the baby from the nurse for about $5,500, and then re-sold him for roughly $15,000 to the businessman.

Kidnapping and human trafficking have already been real and serious problems in many parts of the world, and that was even before online tools came along to fasten the process. But fortunately, those same tools can also be used to help zero in on the perpetrators. Now that India has seen its first reported case of child trafficking over a social network, the police are anxious to pursue the investigation even further. They expect more details to come to light once they question the middle-man who executed the online sale.

As for Khan’s grandson, he was returned safely to his mother. 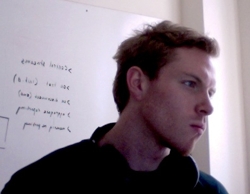 Twitter Should Shut Me Down Says Followgen Founder Myles Recny 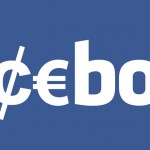