Microsoft managed to keep its latest new product well under wraps, though as they say, the cat’s out of the bag.

Microsoft hopes consumers will purr at the Surface, a new tablet family — not to be confused with its pricy, table-top computer — that will run on its upcoming Windows 8.

Here are five things you need to know about it:

1. Don’t confuse this with the table thing.

The Microsoft Surface as we’ve known it for the past five years is now called Microsoft PixelSense. That’s the namesake technology Microsoft debuted at last year’s Consumer Electronics Show alongside its second-generation 40-inch tabletop PC. Using an array of 2 million sensors that have been built into the panel, the technology picks up visible or infrared light to pick up data and crunch it in the built-in Windows PC.

2. This isn’t just aimed at the iPad and Android tablets

If you were waiting for Microsoft to roll out an iPad competitor, and didn’t quite understand where the company was going with Windows 8, this is the answer to that. It’s a specialized, opinionated piece of hardware, designed to compete with an ever-growing crop of tablets running Apple’s iOS and Google’s Android.

What’s interesting here is how Microsoft’s angling it with a work flavor built on Windows 8 Pro designed to take on ultrabooks. That can be seen in special keyboard accessory with tactile keys, and the idea that your tablet can work like a PC, complete with a full version of Windows.

3. This thing is high tech.

Microsoft made it a point to go into detail about just how much technology went into making this device and its accessory line. From magnetic, hydrophobic, touch keyboards, to a built-in stand that’s been acoustically tuned like closing a luxury car, Microsoft is positioning this line as a premium device.

That premium idea is also based on materials. Surface is made out of something called VaporMG casing (reads like “Vapor Mag”). Microsoft promised this as thin, strong and maybe just made out of alien spaceships based on a neato promotional video. Panos Panay, Microsoft’s general manager of the Surface, even spent a good portion of today’s press conference holding up a credit card to show how thin the metal was.

The key takeaway here: Microsoft’s showing that it has industrial design chops, and this thing isn’t a plastic rectangle.

One of the key things people want to know is when you can buy a Surface device, and how much it will cost. Microsoft kept that as vague as possible, saying only:

“Suggested retail pricing will be announced closer to availability and is expected to be competitive with a comparable ARM tablet or Intel ultrabook-class PC. OEMs will have cost and feature parity on Windows 8 and Windows RT.”

Reading between the lines, that suggests you could pick one of these up — at least the Windows RT flavor — for about $500. With the Pro version flirting beyond the $1,000 mark.

5. This is just the start

Microsoft is positioning Surface as the beginning of a family. Instead of the giant, difficult to differentiate wall of computers the company has demoed at CES the last couple of years — this is simple. There are just two ideas from the get go: a Windows RT version and one running Windows 8 Pro. One’s for basic consumer stuff, while the other’s for business users, and people who want an entire replacement for a high-end notebook. 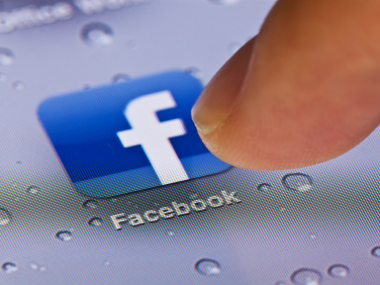 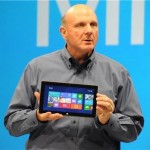