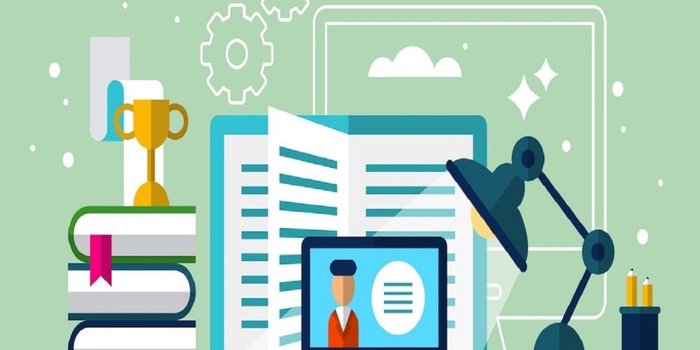 Rebelling against traditional learning models, online learning platform Selfstudy, registered as Examable Elearning Pvt. Ltd., bridges the gap between learning and mastering concepts. In a chat with The Tech Panda, Persainjit Singh, CEO of Selfstudy, stresses that their first focus is on the ‘ed’ part of ‘edtech’ by creating content that motivates a student to engage in learning. “Whenever people talk about edtech, they think more about ‘tech’ rather than the ‘ed’ part of it. If we are able to get the educational content right, then technology is a mere facilitator, whether you use an app or a web platform,” he says.

“The traditional learning model that we have been following for so many years expects every student, to adjust to the style of the teacher, which doesn’t work, because some students are quick learners while others are slow. Since a teacher has to manage, at times, 50 students, he/she has to kind of follow a middle path, which doesn’t benefit either a slow learner or a fast one. Addressing this issue, we wanted to flip the model, so that the system or the platform modifies as per the learning requirements and not the other way around,” he adds.

Persainjit Singh, Prateek Singh, and Swati Gupta started the digital platform in December of 2017 with the idea of reaching out to more students than a physical coaching centre, which could only reach 500 to 1000 students. Their experience of running coaching institutes in Jaipur and Kota and competing with national brands like FIITJEE, Akash, and Allen helped them in observing and understanding the problems faced by students. 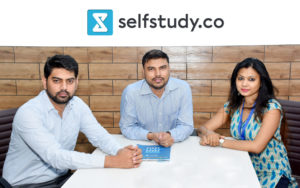 “During my college years, I had this idea of creating a platform which could help students who are not from well-to-do families and cannot afford the high fees to get a chance to attempt competitive exams,” Singh, who is a B-tech from IIT Bombay, says.

The Selfstudy team comprises IITians, seasoned teachers, creative thinkers, problem-solvers, animators, and graphic designers. The company has a freemium-based subscription model that provides free access to the complete platform for the first 7 days, after which the access gets limited to selective areas. A 100% refund is also guaranteed to users provided they complete the syllabus.

The products are priced between INR 400 to 1500 per month. The company has two offices, with their digital and online work being done from Gurugram, while their physical coaching centre is in Kota. The platform is designed, following a 360-degree approach, where in students are expected to begin by learning. In the learning mode, they can access detailed theory material, infographic revision material, and animated videos, which help them consume the information available.

OUP Lets in Technology as Part of its Digital Evolution

Then they move on to the next step, which is solving problems, which, Singh believes, is quite important. “The exams we cater to don’t require you to remember things as much as inculcate the skill of problem solving. That is tackled in practice mode, wherein the model is self-adjusting, so it can give you easy questions up front,” he says.

Solving the questions correctly, lead to slightly difficult ones, thus adapting to the student’s requirements. In the third step, the model assesses the student’s weaknesses or ‘knowledge gaps’. “We realized while teaching students that if they are good at something they continue doing that without realizing that it’s not going to help them anymore. An 80%-student, to move up to 85, 90, or 95%, has to shift focus towards the remaining 20% and close that gap,” he explains.

Singh says the biggest challenge that he faced in this market was of creating a differentiated product, which, he says, every startup should aim for in order to succeed. “Define and differentiate your niche as early as possible,” he says.

When originally starting, the team also faced the challenge of getting the right team, while struggling with a financial crunch. They had to balance the bootstrapped startup with the available resources. “It took us quite a bit of time, but then we successfully managed to create a team of 35+ motivated individuals in different verticals, who are passionate about changing the way students learn,” Singh says.

How far it has come

Since its inception, Selfstudy has managed to raise INR 1 crore in angel funding and has generated INR 50 lakh in revenue. The product is getting positive feedback and acceptability from both the B2B (School/Institute) and B2C (students) segments. It has more than 1,00,000 organic users and close to 500 app installs every day pan-India.

While Selfstudy also caters to school exams, their main forte remains competitive exams, which Singh says hold significance for a student´s career. “Our content does cater to school exams equally. However, it always encourages to aim for competitive exams, because they hold significantly more importance than the marks in class 12, because the goal of any science student is to get into a good engineering college or a medical college, and that is only possible by cracking these exams,” he says.

While they originally started with a focus on class 11th and 12th, now they have developed material for 8th, 9th, and 10th and will start catering to 6th and 7th students as well. “A student interested in English can compete for the Olympiad exams or the National Talent Search Examination (NTSE). So we are providing school students the aspiration and motivation to take these competitive exams, so that they are slowly prepared for something that is going to be crucial in their life,” Singh says.

Also, from a product point of view, Selfstudy is interested in an AI system, or a chatbot, which can become a study buddy for the student, aiding in back-end analysis, identifying the areas that the student needs improvement in.

They also have design plans to create an evaluatory mechanism for subjective answers. “In our entire schooling system, all answers are expected to be written in a subjective manner. The problem that students face is how to write that answer. If we can create a self-evaluating mechanism that can assist the student, while he or she is writing the answer, it would take our educational technologies to the next level, because then, we are giving them live instant feedback,” he explains. 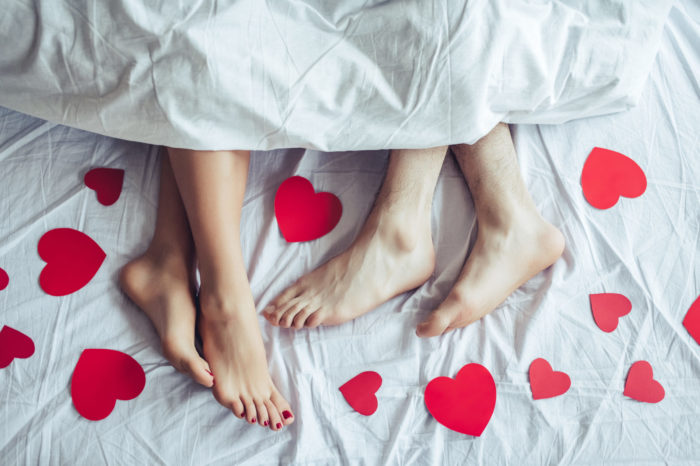 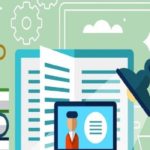