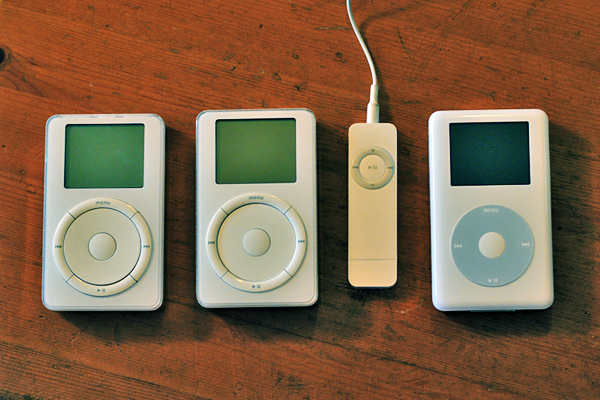 Four iPod Accessories That Are No Longer Useful As with most Apple gadgets, the iPod is more than just a music player — it is a fashion accessory. This means that designers have come up with some rather strange accessories for it. Some of these accessories might seem to be a cool idea when you first see them, but when the novelty wears off you’re left with gadgets that are no longer useful to you and just take up space.

Here is a look at four iPod accessories that you might have regretted buying.

The iPod breathalyzer is a handheld breathalyzer that also doubles as an FM transmitter for your car radio. This accessory is one of those things that seems useful, but tries to do too much at once. After all, if you’ve consumed enough alcohol that you feel the need to take a breath test before driving, shouldn’t you just err on the side of caution and not get in the car? Combining a breathalyzer with a car radio seems pretty irresponsible. And even if you can sell iPod accessories when you decide you don’t want them anymore, who is going to buy a used breathalyzer?

This case makes your iPod almost completely indestructible. It’s solid, sturdy and, well, apparently bulletproof. This case might be incredibly useful for people in the armed forces, but for the average consumer it’s almost useless. The case is ugly, adds a lot of size to the iPod and makes it incredibly heavy, eliminating three of the coolest things about the iPod.

This product might have a cool name, but that’s all that’s interesting about it. The AtechiLounge is a toilet-paper dispenser with an iPod cradle and built-in speakers, so that you can listen to your iPod while you’re in the bathroom. If you want to use it in other rooms, just fold away the toilet-paper dispenser for a more “normal” looking dock. Unfortunately, even with the dispenser hidden, this accessory still looks strangely clinical. If you’re going to buy an iPod dock, then one shaped like a pig from the Angry Birds game would probably earn you more style points with your friends.

Levi released a pair of jeans called the RedWire DLX iPod Jeans, which feature an integrated iPod dock, a set of headphones and a joystick built into the iPod pocket so that you can easily operate your iPod. The idea behind this product is nice, but the jeans are hard to take care of and there’s always the risk that you’ll forget to disconnect your iPod and end up putting your music collection through the washing machine.

Sally Andrews is a tech blogger and gadget lover from Surrey. She is a huge fan of fitness-related gadgets and takes annual trips to CES in Las Vegas and the IFA in Berlin to see the latest developments in technology. She is glad that you can sell iPod accessories because she uses the money she makes to buy even more gadgets.