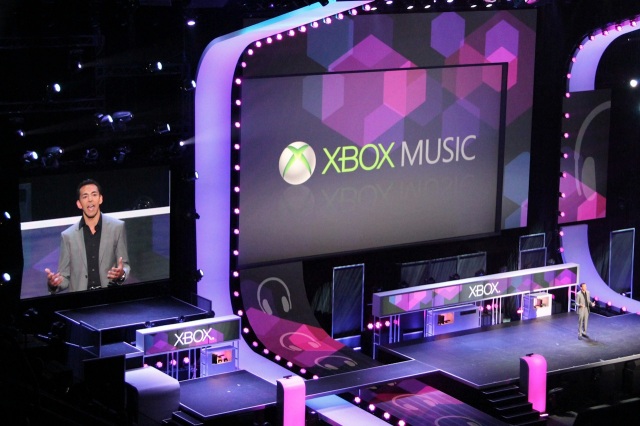 Goodbye Zune, and hello Xbox Music. Microsoft previewed its new music service at the annual E3 Electronic Entertainment Expo in Los Angeles on Monday, effectively announcing the next chapter in Microsoft’s six-year-plus quest to create a viable competitor to Apple’s iTunes. This comes after Microsoft discontinued its Zune devices in spring 2011. It is also an effective rebranding of the current Zune music service, available on Xbox 360 and Windows devices.

Yusuf Mehdi, chief marketing officer of Microsoft Interactive Entertainment, made the announcement 30 minutes into Microsoft’s hour-plus E3 presentation. “Today, I’m proud to announce our plans to deliver the music service we have always dreamed of building, Xbox Music. And when we launch Xbox Music we will bring you a world-class library of over 30 million music tracks and great new ways to share and enjoy and discover new music,” he said. The service will be available on Xbox 360 as well as Windows 8 PCs, tablets and phones.

A brief demo video previewing the service showed an interface and user experience similar to Microsoft’s current Zune music store for Windows 8, including the Zune Smart DJ feature. But it also featured enhanced social functionality like a Facebook-like newsfeed to keep users apprised of the latest artists and songs their friends are following and listening to. The Verge captured a few screengrabs during the presentation.