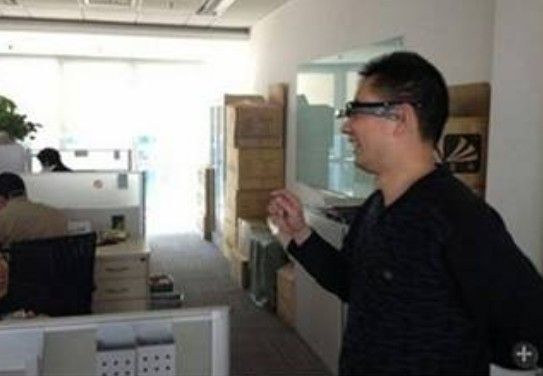 Baidu is definitely the biggest challenge for Google in China as far as search goes. Now, according to Sina Tech’s report, Baidu seems to be inspired by Google Glass and is is working on a new wearable tech product called Baidu Eye.

Sina’s report cites knowledgeable-but-anonymous sources as saying that the Baidu Eye is worn like glasses, features an LCD display, can recognize images, and is controlled by voice. These features are reportedly already operating properly, but the style and build of the device is apparently still very much in testing (which is good to hear considering the ugly, bulky look being sported in the image above). The company is also still reportedly working with Qualcomm on getting the battery life to 12 hours or above.

It seems Baidu Eye will also be an application platform using which third-party app developers can build apps for the Baidu Eye. More broadly, Baidu apparently is aiming to create a wearable tech platform that companies could take advantage of to release all sorts of wearable technology products.

Sina Tech’s report speculates that if the device’s image recognition (which includes face recognition) works well enough, it could be used to catch wanted criminals simply by walking around. Well, I think it might be a lot of trouble instead of benefit actually. We have been saying the same about the Google Glass as well.

The actual product launch might still be a year or two away but I am sure this is giving Google some goosebumps.

Via: Sina Tech, Tech in Asia