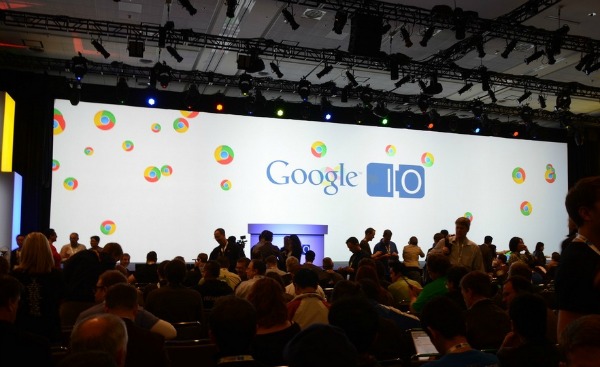 At the Google I/O conference 2012 today, Google showed a renewed understanding of consumer behavior, with a new version of Android (4.1) that’s much slicker and that has a better search experience, a new Google-designed tablet that uses Android 4.1, and a radically different living-room product, the Nexus Q media streamer.

The 4.1 (“Jellybean”) version of the mobile operating system features updates from the Project Butter team at Google. The updates are said to make the operating system more fluid and responsive. The engineering culture at Google is giving way, showing that it understands that consumers are sensitive to nuance in fit and finish.

Now, Google’s new voice recognition system works even when you’re offline. Obviously you won’t be able to search Google when offline, but for dictating a text or e-mail, the system no longer needs a data link. Developers, also, can use the recognizer without chewing up their users’ data plans. This is very good news for developers and will provide scope for something very interesting.

For developers, probably the most important change to Android 4.1 is its expanded and improved notification services. Now, alerts that come in from apps can give users actions to perform, and notifications can be expanded to show more data, without requiring the user to jump to the app itself. This is just what developers need to make their location-focused apps more useful and more present for users.

The changes should give Apple’s super-slick iOS devices a run for their money in consumer retail. Not that android is exactly hurting as it is; the company claims 400 million Android devices in the field, with one million new ones being activated every day. Google is extending on its Nexus program to build Google-specced smartphones to the tablet realm, with the new Nexus 7. This 7-inch tablet will also run the new operating system.

More importantly, the Nexus tablet also introduces a renewed media focus for Google. The device is a client to the Google Play store, which Google clearly means as a competitor to Amazon’s digital assets and the related Kindle Fire. Looking at the Nexus 7 and its media-connectedness, one gets the impression that it would do well as a living room accessory: An ultimate remote control. And Google is making its devices into just that, with a new media streaming device called the Nexus Q.

Overpriced at $300 but still really interesting, the Q is a new product in the Apple TV and Roku mold. It grabs content from the Internet and lets you play it on your big-screen TV. (Unlike those other, cheaper devices, it also has its own speaker amplifier.) Users on the same local network can also control it from their own mobile devices, “throwing” content like video or songs onto it. The splashiest launch at Google I/O Conference 2012 was Google glasses wingsuit demo, of course. But this is not a consumer product this year, nor likely by this time next year.

Until Google does bring to market its attempt to turn us all into augmented nodes on their network, with the glasses, it’s going to continue to press on what appears to be a new, multi-pronged mission: To take on Apple in consumer hardware — phones, tablets, media devices — and to compete with Amazon in the media business.

We’ll have to wait and watch what is in store for Day 2.