Patent wars, Apple CEO Tim Cook once said, are “a pain in the ass.” Few more so than the one the company is waging against Google’s new Motorola Mobility division and the new argument the defendants are making around standards-essential patents (SEPs).

In attempting to fend off Apple and Microsoft’s suits against Motorola Mobility and advancing its own patent litigation against both companies, Google, which is facing a lot of regulatory scrutiny in the U.S. and abroad over what some allege is abuse of SEPs, has been arguing that proprietary non-standardized technologies that become ubiquitous due to their popularity with consumers should be considered de facto standards.

While collaborative [Standards Setting Organizations (SSOs)] play an important part in the overall standard setting system, and are particularly prominent in industries such as telecommunications, they are not the only source of standards. Indeed, many of the same interoperability benefits that the FTC and others have touted in the SSO context also occur when one firm publishes information about an otherwise proprietary standard and other firms then independently decide (whether by choice or of necessity) to make complementary investments to support that standard in their products. … Because proprietary or de facto standards can have just as important effects on consumer welfare, the Committee’s concern regarding the abuse of SEPs should encompass them as well.

In other words, Google’s view is that just as there are patents that are standards essential, there are also patents that are commercially essential — patents that cover features that are so popular as to have become ubiquitous. The latter are just as ripe for abuse as the former, and withholding them is just as harmful to consumers and the competitive marketplace. Viewed through that lens, multitouch technology or slide-to-unlock might be treated the same way as an industry standard patent on, say, a smartphone radio.

This argument, of course, has massive implications for Apple, which has developed a treasure trove of what might be considered by some as commercially essential IP around the iPhone and iPad. And the company was quick to take severe exception to it. In a letter to the Senate Judiciary Committee on Wednesday, Apple General Counsel Bruce Sewell rebutted Walker’s argument. “That a proprietary technology becomes quite popular does not transform it into a ‘standard’ subject to the same legal constraints as true standards,” he wrote.

The gist of Sewell’s letter is this: Standardized technologies facilitate interoperability among disparate devices by giving them the same core functionality. They create a platform for competition. Non-standardized technologies differentiate those devices, create competition and drive innovation in the marketplace. Subjecting non-standards-essential patents to the same rules as those governing standards-essential ones will hamper innovation and harm consumers. As Sewell writes:

The capabilities of an iPhone are categorically different from a conventional phone, and result from Apple’s ability to bring its traditional innovation in computing to the mobile market. Using an iPhone to take photos, manage a home-finance spreadsheet, play video games, or run countless other applications has nothing to do with standardized protocols. Apple spent billions in research and development to create the iPhone, and third party software developers have spent billions more to develop applications that run on it. The price of an iPhone reflects the value of these nonstandardized technologies — as well as the value of the aesthetic design of the iPhone, which also reflects immense study and development by Apple, and which is entirely unrelated to standards.

Apple’s point is that if you remove the IP distinctions between the two, you remove a key incentive for innovators to innovate. Apple spent billions in research and development to create the iPhone. It didn’t spend that money to create the iPhone’s competition. And this is a point Apple and CEO Tim Cook have hammered home again and again, since the smartphone IP Hundred Years War began.

Now, to be fair, there are some very fundamental differences of opinion between Google and Apple over the viability of patents on these product-differentiating technologies, which is the whole reason for Google’s letter in the first place. And it should be noted that those differences are being litigated, and these two call-and-response letters are all part of the legal positioning around that. It’s also worth noting that Microsoft is a player in this spat as well, given its battle with Motorola over ActiveSync. 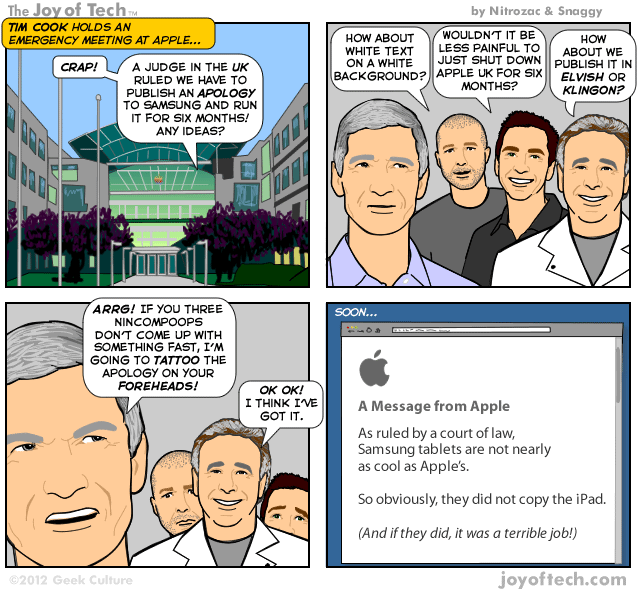 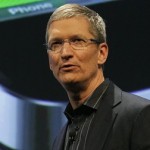