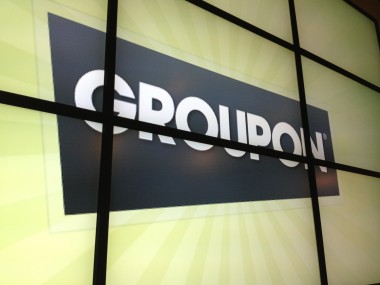 Groupon Going Through Tough Times, Bankruptcy Could Be On The Cards

There are many reasons why Groupon’s shares are tanking today.

But bankruptcy is not likely one of them.

At the end of trading today,Groupon was down 6.5 percent, or 54 cents, to finish at an all-time low close of $7.77 a share. The Chicago company is now valued at roughly $5 billion, or about a third of what it was worth on its first day as a public company.

However, a complete financial meltdown is far from feasible at this point. At the end of the first quarter, the daily deals giant reported that it had $1.2 billion in cash and was cash-flow positive.

Additionally, the biggest liability it has on its books is “merchant payables,” which is running at less than $600 million, or about half the company’s cash balance. Groupon currently owes that money to retailers that are in the process of running deals with the company.

A bankruptcy would also imply that the company was not able to raise more capital. While it wouldn’t want to at these depressed prices, and it would likely be difficult, Groupon has plenty of equity left to sell.

But none of these factors kept people from speculating that a meltdown was on the horizon.

In a post today on TheStreet.com, which included a rant about a car-washing deal from Groupon, the author concluded in his final paragraph that “it would be a huge surprise if there is not a bankruptcy filing by this time next year from Groupon.” The bankruptcy rumor, which is not even a new one, gained a bit more credence after being mentioned live on CNBC.

However, if you take a closer look, there are more near-term concerns that are likely at the root of the stock collapse.

In a note issued late Tuesday, Citi analyst Mark Mahaney reiterated his “buy” rating on Groupon’s stock, but lowered his price target from $22 to $19 a share. So far, Mahaney said, the company’s growth has been extremely impressive, but there are at least three ongoing debates that must be settled to determine whether it can continue to be a success. He wrote:

As the stock continued to slide, a Reuters report suggested the collapse had to do with economic weakness in Europe, where Groupon gets about a quarter of its revenue. Sameet Sinha, an analyst at B. Riley & Co., told the wire service, “Europe is a concern, obviously.” But Mahaney was less concerned about Europe, saying that there’s not much evidence it will cause a material risk to estimates. Rather, he tweaked his price target because of lower 2013 estimates.

Additionally, the stock has not yet stabilized since last week when Eric Lefkofsky, Groupon’s executive chairman and co-founder, said he had stepped back from day-to-day work with the company so he could devote more attention to his venture capital firm, comfortable with that step given the recent additions to Groupon’s executive team.

Groupon is expected to report second-quarter results in late July or early August.