When you think of global leaders in the open source movement, Samsung isn’t likely the first name to spring to mind. But perhaps it should be.

On Tuesday, the consumer electronics giant joined the Linux Foundation, donating half a million dollars to the nonprofit and claiming a seat on its board of directors.

“We’re looking forward to increasing collaboration and support for our growing portfolio of Linux-based devices and to making contributions that advance Linux for all,” Samsung Electronics Vice President WonJoo Park said in a statement.

A savvy move for Samsung, which uses Linux in a number of its products and has been collaborating with Intel on Tizen, a new Linux-based platform for mobile devices. This will definitely give Samsung greater opportunity to steer Tizen’s development, which could be quite useful if it ever emerges as a viable alternative to Google’s Linux-based Android operating system, which it now uses extensively on its smartphones and tablets.

Tame that Cloud with Containerisation
Apple Falls in India: Why Indian iPhone Loyalists Are Turning 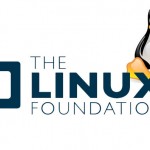