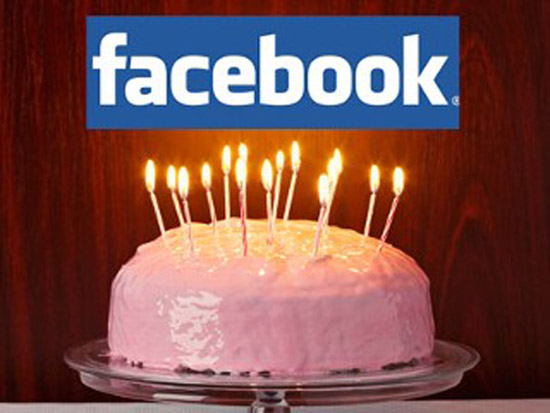 Facebook, the world’s largest social networking site turned a year older and celebrated its 9th birthday yesterday. +Mark Zuckerberg founded Facebook  on February 4, 2004 along with his friends Eduardo Saverin, Andrew McCollum, Dustin Moskovitz and Chris Hughes when he was a sophomore student at Harvard University. Nine years later, the site has transformed from a “hot or not” game(Facemash) for Ivy League students to a ubiquitous social network for a billion plus users.

When Facebook went public in 2012 it was considered the largest IPO for a tech company with a peak market capitalization of over $104 billion. However the hype was short lived and the stock prices soon spiraled downward. Lately Facebook’s efforts have been directed towards mobile, through which a large proportion of users are accessing the social network. Despite a lot of users accessing Facebook via mobile, the experience has largely been less than satisfactory until now. Facebook has ditched HTML5 and gone native to provide a fluid user experience in Android and iOS. Apart from the official app, Facebook has increased its footprint in the mobile arena with the FB Messenger and Poke(available only in iOS).

Facebook has been steadily adding more goodies to its apps; the Messenger app allows users to do audio calls free of charge using VoIP. This feature is currently available only in US and should soon make its way to the rest of the world. The Poke app generated a lot of attention when it was launched and even made it to the top of the charts in the Apple App Store albeit for a short time. This app was developed as a competition to popular messaging app SnapChat which lets users send images and videos that self destructs within ten seconds. (A detailed review of the app can be found in my earlier post)

Apart from mobile, the other pain point for Facebook is Privacy. There have been quite a lot of instances when a post meant for a group ended up being shared with the whole wide world..cough..Randi Zuckerberg’s family photo….cough. The main reason for this is most users are not aware how privacy settings work or do not bother to change the privacy settings to limit the visibility of their status updates, likes or photos but the default settings are so to ensure that every update reaches a wider audience. Though some might argue that Facebook cannot be held responsible for user negligence neither does Facebook provide clear privacy settings. All that has not stopped Facebook from bringing face recognition tagging back from the dead after it was discontinued a while back because of privacy complaints from users.

It has been a long, bumpy ride for Facebook filled with moments of surprise and letdowns. Facebook has been concentrating heavily on the mobile front and it remains to be seen if those efforts will pay off. Happy growing up, Facebook.