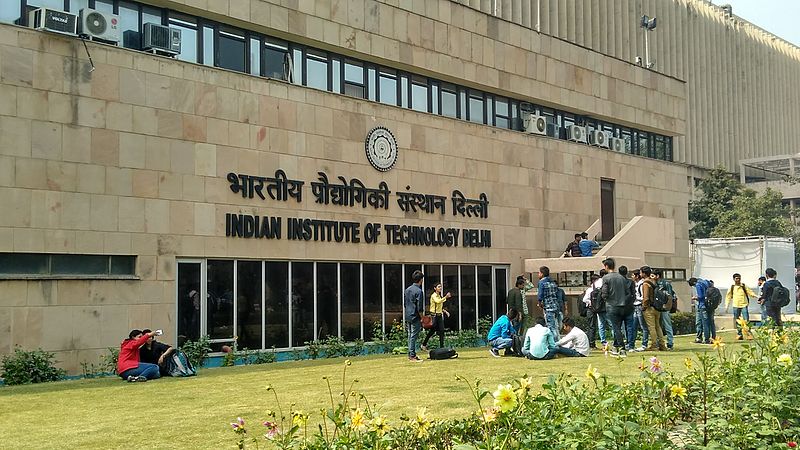 How IITians are contributing to nation-building with an entrepreneurial mindset

Pandit Jawaharlal Nehru’s vision of making the Indian Institutes of Technology (IITs) as cornerstones in modern India’s nation-building started taking shape in the late 1990s when a growing number of IITians took bold steps to solve some of the country’s hardest problems. They displayed a resolve to play a vital role in transforming India into a global hub for science, technology and innovation.

As an alumnus of IIT-Madras, I couldn’t be prouder of how IITians, both from the old guard and recent batches, have dared to think differently to carve a new India that aligns with the broader vision behind the establishment of the IITs

Around this time, a new generation of IITians adopted an entrepreneurial mindset to seize the exciting opportunities in the post-liberalised Indian economy. This mirrored the larger trend of the educated middle-class opting to create wealth and jobs at home through their entrepreneurial activities rather than seeking greener pastures abroad.

As an alumnus of IIT-Madras, I couldn’t be prouder of how IITians, both from the old guard and recent batches, have dared to think differently to carve a new India that aligns with the broader vision behind the establishment of the IITs.

According to philanthropist and tech billionaire Gururaj ‘Desh’ Deshpande, “an idea does not have an impact unless it is directed at some burning problem in the world.”

Deshpande is a classic example of how the older generation of IIT graduates, who have made it big in the US, have now turned to philanthropy to solve some of India’s pressing social issues.

Deshpande, a graduate of IIT-Madras, is the chairman of the US chapter of Akshaya Patra, a Bengaluru-headquartered NGO that provides free daily mid-day meals to socio-economically disadvantaged school children. He seeks to create impact in the non-profit sector by applying his learnings as a seasoned entrepreneur.

His philanthropy extends to the Deshpande Foundation, which he co-founded with his wife Jaishree Deshpande. The Foundation promotes innovation at the grassroots level through the Hubballi Sandbox initiative that supports entrepreneurs and innovators who solve problems in the areas of agriculture, skilling, micro-entrepreneurship, and startups.

Romesh Wadhwani, an alumnus of IIT-Bombay and a Silicon Valley entrepreneur, also believes in giving back to society by adopting a disruptive mindset to solving a range of societal problems, such as healthcare, agriculture, and education. He set up the Wadhwani Institute for Artificial Intelligence in Mumbai University’s campus to deliver scalable solutions for India’s underserved.

He aims to use technology for greater good by leveraging the power of AI for problems, such as predicting crop yields and the early diagnosis of diseases. Wadhwani AI has partnered with Mumbai University, IIT-Bombay, IIT-Madras and other institutes to fund and set up masters programs in Data Science and AI as the foundation believes a data-driven approach to social innovation will fuel the nation’s economic growth.

More than just giving money, entrepreneurial philanthropy demands steadfast commitment and vision. Nandan Nilekani, co-founder of Infosys and an alumnus of IIT-Bombay, is a shining example of an industry titan leveraging his entrepreneurial skills to create maximum impact for the betterment of society.

He believes that social good is possible only through a collaborative approach and strategic planning. Among several other social impact initiatives, Nilekani has been credited with leading Aadhaar, the world’s largest biometric identity program under the Unique Identification Authority of India (UIDAI), which attempts to solve India’s myriad problems at scale. The unique digital infrastructure has been leveraged under India Stack to enable people to participate in a transparent paperless economy and empower them with large-scale social and financial inclusion.

Nikekani and his wife Rohini Nilekani have also pledged a portion of their wealth for philanthropy by joining ‘The Giving Pledge’ campaign launched by Bill and Melinda Gates and Warren Buffett in 2010.

IITians & IITs Lead the Way for a Better India

A new breed of IITians are quitting cushy jobs and turning down seven-figure salaries to rough it out in India’s rural pockets. Pratyush Rathore, who graduated from IIT-Bombay, quit a lucrative corporate job as an algorithmic trader to teach high school students Physics and Maths in a small village in Madhya Pradesh.

Anu Meena, from IIT-Delhi, founded Agrowave, an AgriTech startup to help India’s marginal farmers who usually bear the brunt of low returns on their produce due to inefficiencies in the traditional supply chain. Observing the alarming number of farmer suicides, Anu founded the startup to assist India’s small farmers to protect their livelihood by creating a streamlined, integrated supply network. Agrowave‘s tech platform and logistical support helps farmers augment their income.

Lal10, a B-2-B startup was co-founded by Albin Jose, an alumnus of IIT-Madras, with two other business partners, to take technology to the disorganized traditional handlooms industry and help artisans connect with global retailers. The startup has connected 1200 mobile-first rural artisanal micro-entrepreneurs to global retailers using a mobile CRM solution. The company aspires to empower Indian SMEs through an agile supply chain that would streamline their inventory.

IITs are fast emerging as hotbeds of innovation. Across branches, IITs have displayed their commitment to nation-building and wealth creation by supporting budding entrepreneurs and innovators though their in-house incubation cells.

For instance, the ePlane Company that was incubated by IIT Madras Incubation Cell, is disrupting the urban aerial mobility sector by creating an electric ‘flying taxi’ that is a hybrid version of a helicopter and a drone. The brainchild of IIT-Madras professor Satya Chakravarthy and his student, Pranjal Mehta, the electric plane’s futuristic technology is designed to enable rooftop landings in minutes. It is also an affordable solution to reduce the time taken for intra-city travel.

IITs are fast emerging as hotbeds of innovation. Across branches, IITs have displayed their commitment to nation-building and wealth creation by supporting budding entrepreneurs and innovators though their in-house incubation cells

In what I consider as a promising development, the IIT Alumni Council recently announced the setting up of six research centres in the areas of engineered biomolecules, quantum technologies, nuclear sciences, imaging AI, electric transportation (including drones) and FinTech. Startups registered with the Council’s MegaIncubator initiative will have access to the cutting-edge equipment and research tools in the six domains.

The initiative aligns with the government’s Aatmanirbhar, or Make India self-reliant philosophy. Having pledged their time and expertise, the alumni body is committed to take nation-building to the next level.

From IIT to IAS: In the Pursuit of Public Service

The challenge of solving India’s unique grassroots problems lure many IITians to join the hallowed Indian Administrative Service (IAS). Despite the modest pay cheque offered by the government, a large number of IITians abandon promising corporate careers to opt for coveted services such as the IAS and IPS.

In my view, their keen desire to make a difference to India’s socio-politico-economic development is most likely the driving reason for this change in career trajectory. In addition to displaying acumen, technocrats also have the knack for solving administrative problems at the grassroots level. They are equipped with sharp administrative skills to manage India’s scale, chaos and challenges, especially during a difficult time like the pandemic.

In addition to displaying acumen, technocrats also have the knack for solving administrative problems at the grassroots level. They are equipped with sharp administrative skills to manage India’s scale, chaos and challenges, especially during a difficult time like the pandemic

Not every IITian creates a tech startup. Some aspire to change the status quo and enter the political arena to work on public policy. Former RTI activist Arvind Kejriwal, an alumnus of IIT-Khargpur, dared to think out-of-the box to become an agent of change in today’s India. The Aam Aadmi Party (AAP) that the former bureaucrat founded in 2012, has been lauded for applying an entrepreneurial mindset to growing its support base. From crowdfunding by volunteers to being focused on its target ‘audience’ (the urban middle and lower middle classes), AAP was just the kind of political disruptor that was needed at a time when the anti-corruption sentiments among people was at its height.

Another IITian who made concerted efforts to change the country’s political discourse and impact social transformation was the late Manohar Parrikar. The former Union Defence Minister and multiple-term Goa Chief Minister rapidly rose to the stature of a national leader during the course of his political career and made pivotal contributions to nation-building.

I am convinced that in the new knowledge economy, nation-building needs an entrepreneurial and innovative bent of mind. And only those with a burning desire to act as a catalyst of change can lead India on a new growth path.

It is heartening to see IITians take a keen interest in nation-building activities. Their positive intent to give back something to the country indicates we are moving in the right direction to build a new and more resilient India that will overcome the majority of its problems in the years to come

I am currently associated with T-Hub, an organisation that is contributing to nation-building by remaining committed to fostering a culture of innovation and entrepreneurship. In this context, I am proud to say that we have six  IITians working in the core team at T-Hub and other illustrious IITians who are on the Advisory Board and the Board of Directors. It is our mission to create an efficient and sustainable innovation ecosystem that will give India a competitive advantage at the global level.

It is heartening to see IITians take a keen interest in nation-building activities. Their positive intent to give back something to the country indicates we are moving in the right direction to build a new and more resilient India that will overcome the majority of its problems in the years to come. 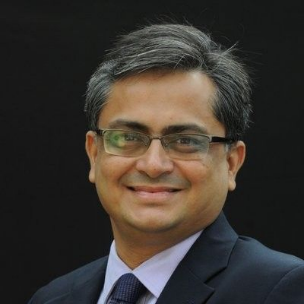 Guest contributor Ravi Narayan is the Chief Executive Officer of T-Hub in Hyderabad, which is one of the world’s leading startup catalysts. T-Hub currently houses India’s largest tech incubator and leads programs with large corporations like Boeing, Facebook, and United Technologies along with several international institutions. Any opinions expressed in this article are strictly that of the author.