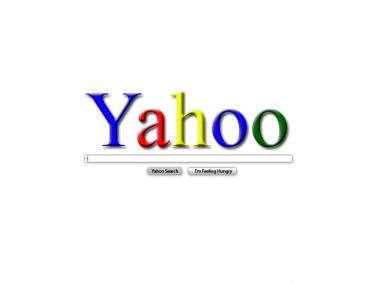 Yahoo’s new CEO Marissa Mayer’s second week is showing even more signs of what the company will be like under her regime.

In short: It will be just like Google, from whence she came. Wasting little time, Mayer has added a weekly Friday afternoon all-hands meeting, which kicked off this past week at the company’s Sunnyvale HQ.

Just like it has been done at the search giant for eons.

And, at the 4:30 pm PT confab, she announced — to the shock of some bean counters at Yahoo, worried about the cost, but to the thrill of hungry engineers — that henceforth the food in Yahoo’s URLs Cafe — but only in Silicon Valley for now — will be free.

Just like it has been done at Google for eons.

(Until now, only the coffee-bar drinks for Yahoos have been paid for by co-founders Jerry Yang and David Filo.)

And, several sources note, Mayer is also prepping major changes to the layout of the work spaces and buildings of Yahoo to make it feel more collaborative and cool, as well as upgrading swag in its stores.

Such focus on improving cultural issues is an interesting initial move by the neophyte CEO, since the care and feeding and, most of all, cosseting of employees has been a critical element to Google’s success at creating an always sunny work environment.

Yahoo has been anything but blue skies over the last few years for staffers, who have been hit by layoffs, ugly management shakeouts and ever-declining business prospects.

It’s now Mayer’s job to stop that rain, and she’ll start with yogurt sundaes, gratis for all at HQ!

“It might be just a small thing, but people are thrilled,” said one Yahoo employee, in a common sentiment about the symbolic gesture of free grub.

But, joked another: “There’s no free lunch.”

Indeed not, and Mayer has been up to much more serious business, said several sources, most especially pushing product innovation as the savior for Yahoo to anyone who will listen.

It’s a tall task, but not a surprise from an exec who made her bones at Google as a powerful product guru in search and other arenas. Mayer knows products, as I have previously written, so products it will be.

“This is the sound of Yahoo becoming a technology company again,” said one source. “It will be all about platforms and products.”

Sources said that will likely mean a big splashy tech or product deal in the days ahead, perhaps via an acquisition to signal the new direction.

Will it be an ad tech company like Pubmatic, as has been long rumored to be in play? Or maybe something even more tasty, like buying a high-profile and sexy product such as Flipboard?

These are my best ideas, but to do all this, Mayer will surely need a crack team. Thus, it has become a guessing game at the company about who will stay and who will go.

One interesting note: Will Mayer, as Google CEO Larry Page has done forever, approve all hires at Yahoo going forward?

Three guesses, and the first two don’t count (see above).

Also of interest is what will happen to the existing team. Mayer has been studying org charts carefully this past week, and several sources told me that she has asked all her direct reports for strategic plans in the next 45 days.

Of course, many at Yahoo are bracing for a pack of current and former Googlers — Mayer had a lot of loyal staffers, such as longtime online exec Ben Ling — to come on board.

And, by the looks of all the Googley changes at Yahoo, they’ll feel right at home when they get there.