The process to create a Facebook profile is so simplistic that anyone can instantly produce one with nothing more than an email address and internet connection.

Unfortunately, this means that trolls, fraudsters and criminals can wear an unlimited amount of masks using stolen pictures and profiles, turning the internet into their digital playground. This is a particularly big problem in India, as it is believed that identity theft accounts for 77% of financial fraud cases on India in 2015. As a result social media scams and abuse is a growing concern.

One Mumbai based couple understand the devastation that can be caused when a profile is hacked or faked, after them and their family were targeted with savage messages and fake profiles by anonymous attackers. Sneha and Rahul were the victims of a malicious campaign to smear their name and disgrace their family with the intent of causing fear and unease.

The couple received a prodigious amount of messages containing vulgar comments about the individuals and their families, while posting fake accounts posing as them posting explicit and shameful content. The abuse and stalking persisted for months with a muddled case involving multiple suspects and a long pursuit for answers.

This is becoming a frighteningly familiar story as DNA India reports There’s an alarming rise in Facebook imposters in recent years. The effects of this a far reaching. For example, just last year, Indian Bollywood star Hrithik Roshan was the victim of a hacker after his Facebook account was hacked.

Due to the ease of which pictures can be stolen, some women in India are avoiding posting pictures on social media all together.

“Not everyone feels safe adding a profile picture,” Facebook product manager Arati Soman wrote in a blog post. “In our research with people and safety organizations in India, we’ve heard that some women choose not to share profile pictures that include their faces anywhere on the internet because they’re concerned about what may happen to their photos.”

In light of these issues, Facebook is now fighting back. In India, the social media company has recently introduced new measures, including a download guard and watermark. When an individual uploads a profile picture, a border and shield symbol will now appear around it. Essentially this works as a watermark to act as a deterrent.

Despite users still being able to snap pictures using screenshots, Facebook believes the design overlay may reduce the chances of someone copying a profile picture by at least 75%. Certain Android devices also prevent screenshots being taken of profile pictures, yet iOS still lack this feature which leaves users vulnerable.

Other social media sites have taken measures to limit users pictures being used without their consent. Snapchat famously destroys photos which are shared. The app also informs users when someone takes a screenshot of their pictures.

Though this may not stop the theft of photos it can give users better knowledge regarding who has them and a great sense of peace of mind. It could be beneficial for Facebook to adopt a similar method for profile pictures if stopping screenshots is not an option.

Likewise, Instagram partnered with an AI platform, BrandBastion, that specializes in intelligent social media engagement management to improve the quality of community discussions.

The platform is a one-stop-shop where brands can easily configure how they want their insights and engagement to be managed — including the removal, response and escalation of comments on photos — using industry-leading proprietary artificial intelligence to protect publishers, brands, and their customers. 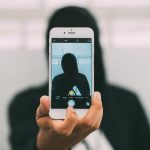