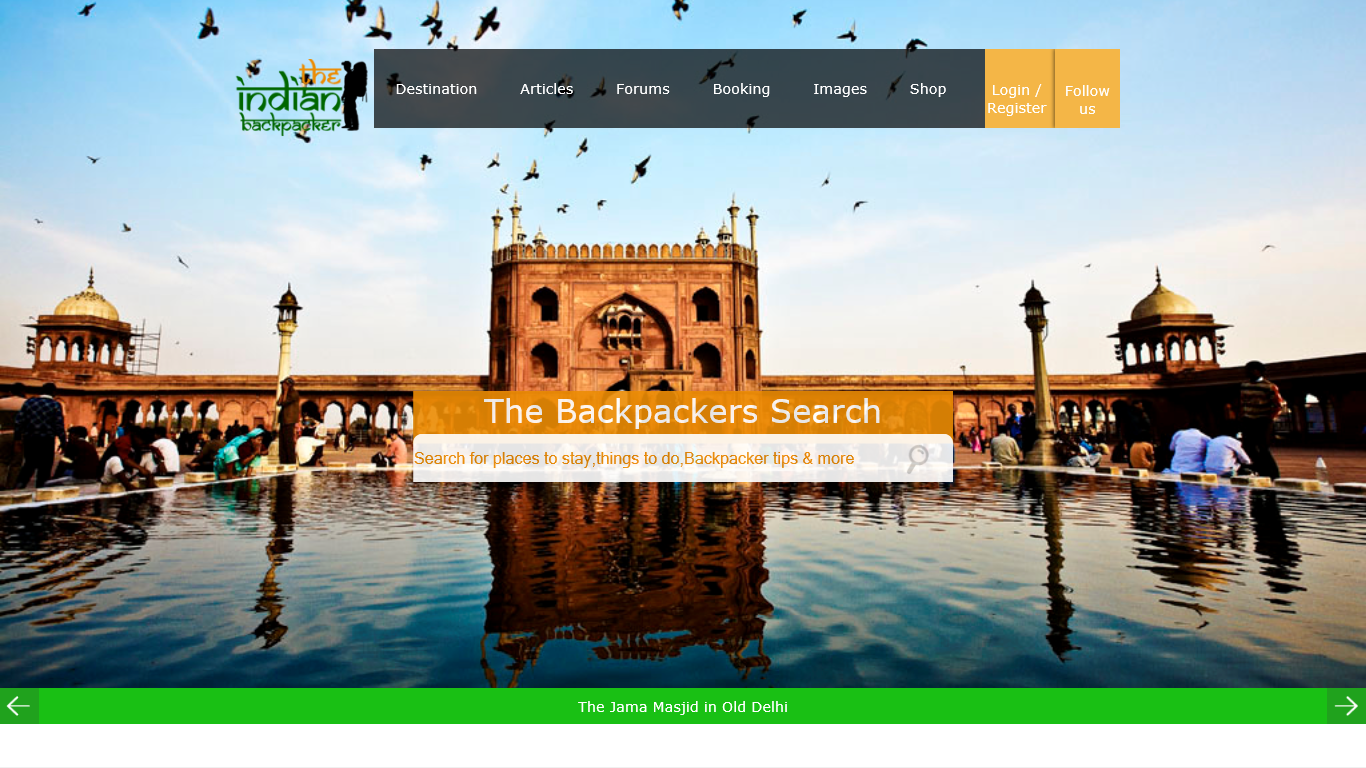 Indian Backpacker – Akshay Chhugani’s Solution to Backpacking around the country

Foreign tourists being exploited in the country is a common happening. From water bottles to Local hotel rooms, they’re overcharged on almost everything. Even, Indian tourists who travel across a different city face this problem. As an avid Backpacker, Akshay Chhugani wanted to ease the plight of these tourists. This led him to create The Indian Backpacker.

About The Indian Backpacker and the Story behind

The Indian Backpacker is an online platform that provides first of its kind,  ‘Backpacker Search engine for India Travel’. The search engine eases the process of browsing different links by providing the right information. The website was started with the aim of creating an online Backpackers community. Backpackers can share their travel stories, upload photos and take part in forums.

Back in 2006, after hearing the complaints by some foreign tourists, Akshay decided to create the Indian Backpacker. It was a small blog that guided backpackers through their journey. In 2010, the Website was re-launched as a ‘Budget Travel Search Engine’. The Startup has been growing since then with 3000-5000 people visiting the website everyday. Presently, the website has 50,000+ users registered.

Journey so far and Marketing Strategies

“The website has been around since late 2006 but the formal startup was launched in 2010. The portal has seen some great traction in terms of visits as well as activity from travelers across the world. The site gets anything between 3-5K visitors/day which has in turn led to getting some good clients who like to advertise on the portal.”, says Akshay.

As for marketing, Good S.E.O. techniques were used by the Startup to market the website. To keep the website active, new content was regularly updated. Akshay’s effective PR skills helped the website gain popularity among backpackers across the world. The travel community on the website is a friendly lot and still helps the website by writing testimonials.

The biggest challenge for Akshay has been to garner guts to chase his passion, Backpacking. It’s the same passion that inspired him to keep going during tough times. Domestic players like ixigo.com,holidayIq.com to International players like Lonely Planet, Rough Guides and Fromers are a few competitors for the Indian Backpacker. What differentiates the Startup is its niche i.e. Budget Travel search and Backpacking.

Akshay explains- “We do not only focus on which hotel to stay but also on ‘How to choose the right hotel’. There is a special Explore India section dedicated to all the unusual things that you notice while traveling, may it be meeting the Rockstar Baba in Ujjain or sipping a cup of ‘Pink color Tea’ in Drass or even getting high on ‘Virus Coffee’ in North East India.”

The Startup is completely bootstrapped by the founder. Mostly travel related, advertisements on the website are its major source of revenue. Started with an initial investment of Rs. 9600, the website has managed to earn Rs. 10,00,000 through Adverts and affiliate sales. “We basically make our revenues from Advertising on the website for clients that suit in perfectly with our niche. Our next level of expansion involves our own travel guidebooks.”, says Akshay.

There are about 100+ destinations on the portal which will be extended to 500 in the future. The Startup is in process of launching its own travel book. A joint venture project with 7 Mile events is on its way to launch India’s first adventure championship, Megathon. As for buddy entrepreneurs, Akshay says, “The only thing I would suggest other Entrepreneurs is to be clear about why they are doing what they are doing. If Money is the priority then It’s going to be tougher than tuff but if you are actually doing something out of passion which would help make an actual changes in the world, then it is bound to be successful even if it takes a lot of time.”

Akshay Chhugani is the founder of the Indian Backpacker. Hiring has been a tough task so far. Akshay was selected for The Pitch on Bloomberg UTV Season 1 (Business reality TV show). Indian Backpacker has attained the #1 position in India’s Backpackers search portal. Backpacker India has sponsored various events across the country such as AIESEC DU. The Indian Backpacker recently partnered with Travelista India to organize India’s first travel film festival.

Only a true Backpacker could understand the pain of other backpackers. Indian Backpacker indeed provides useful insight and information. The Startup has received a good traction so far. With heavy competition in the travel industry, it has to be on its toes. TTP wishes Indian Backpacker team all the very best!