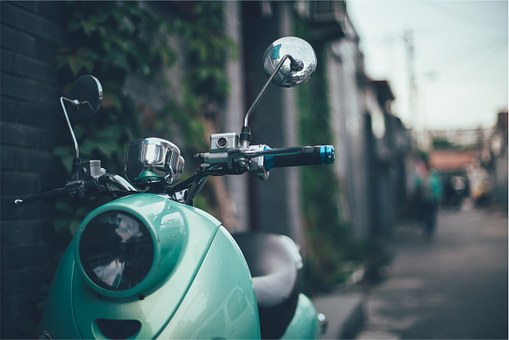 Even Bollywood star Salman Khan wants in. Ditching his trademark motorcycle and aviator look, the superstar has teamed up with the government to push the use of e-cycles.  With encouragement from the government and market players rising to the challenge of reducing pollution and congestion in major metropolitan areas, the renaissance of electric mobility may be finally here.

The push for electric 2-wheelers is backed by road and transport minister Nitin Gadkari, who is encouraging more earth-friendly forms of travel. The focus on different types of travel comes shortly after India was seen to perform poorly on air quality standards. The end goal is to have India be an all-electric country by 2030.

Less than 1% of India’s 200 million vehicles are electric at the moment, but that didn’t stop Gadkari taking a firm line with diesel-based car manufacturers, saying, ““don’t complain later and say you have unsold inventory if they are banned”.

The news has set scoot manufacturers whirring, with some of the biggest names producing new electric models which they hope will fuel the growth of a new market. Japanese auto-maker Yamaha have wheeled straight into the market, India being one of their biggest markets.

“We are at present conducting a feasibility study in this area (electric two wheelers). Yamaha has an edge in this segment as we already have such products in other countries. Transferring such products to India, it is not so difficult,” said Yamaha Motor Research and Development India MD Yasuo Ishihara to Entrackr.

But, despite being one of the biggest names in the business, Yamaha is behind the curve. Okinawa Autotech have already announced that they’ll be launching their second electric two wheeler, Praise, at around Rs 59,889. The model comes with a range of 170-200km and a top speed of 75kph, which are performance stats far from token. The company is developing solid performance in the market, having established itself in 2015, sales are already planned to be past the 5,000 mark by the end of the ’17-’18 financial year.

However, the company may well be under pressure from Droom who, like Okinawa, have partnered with Mahindra and Hero Electric in pursuit of electric vehicles. Droom’s prices however are more competitive, offering models as low as Rs 20,000. But the company has finance issues to resolve, with expenses having risen 70% more than revenues this year. But with a 65% market share and the company on the hunt for funding next year, losses look like strong, strategic growth. So despite the new players in the market, Droom looks like the company to beat.